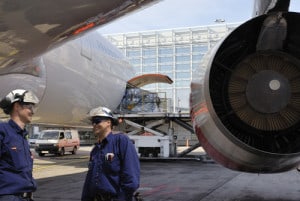 With Predix Cloud, GE has positioned itself as a leader in the industrial IoT-as-a-service area, including asset performance management.

GE has transitioned from a traditional manufacturing business to a software company. But it does more than develop and deliver applications — it administers and responds to real-time data feeds from its various products.

As chronicled by Laura Winig in MIT Sloan Management Review, the company “has long had the ability to collect machine data: Sensors have been riding on GE machines for years.” In recent years, the company has been taking data from its sensors to develop real-time predictive and prescriptive analytics.

In the process, GE has developed its own large-scale Industrial Internet. “The company is putting sensors on gas turbines, jet engines, and other machines; connecting them to the cloud; and analyzing the resulting flow of data,” Winig states, with the goal of identifying “ways to improve machine productivity and reliability.” Stated broadly, the chief use case is asset performance management, which encompasses predictive maintenance, optimizing production, and extending an asset’s useful life.

How the Opportunity Was Met:

In recent years, GE has been rolling out its Predix platform and associated services, an Industrial Internet system that ingests machine-grade data at scale and analyzes it as part of a rapid feedback loop. GE markets Predix as a purpose-built Platform-as-a-Service (PaaS) for developing, deploying, operating and monetizing Industrial Internet applications. The platform captures and analyzes the volume, velocity, and variety of machine data generated on industrial equipment and connects that with a cloud environment. 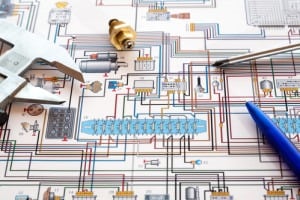 GE’s customers can leverage all of the components of the Predix platform to spot potential problems, conduct preventive maintenance, and reduce unplanned downtimes. Predix can monitor data collected from sensors and, using physics-based analytics, detect potential error conditions based on the asset model, and then shut down the asset if necessary. Predix can also pass the sensor data to the Predix Cloud, where the operational data for all similar machines under management can be stored and analyzed. New insights can then be pushed back to all of the assets simultaneously.

Data is analyzed in real time at the source, for example from an aircraft engine, wind turbine, or MRI machine. Operational analytics is used to detect problems so that split-second changes can be made in the operation of the asset to prevent damage and optimize performance.

The collection and analysis of petabytes of historical operational data. Using historical data, it is possible to build predictive models that can be used to more efficiently operate entire manufacturing plants or fleets of equipment.

While operational analytics at the edge ensures the efficient operation of assets, operations can be improved over time based on historical analysis. For example, an operational analysis might continually monitor the temperature of an asset and initiate a shutdown in the event of unacceptable operating temperatures. However, after collecting years of data across many assets, it could be determined that the threshold should vary by the physical elevation of each asset. In that case, a new analytic that takes elevation into account could be created and then be deployed to the Predix machines associated with assets of that type around the world.

A leading area now employing Predix is the energy industry. This is an industry “where a single unproductive day on a platform can cost a liquefied natural gas facility as much as $25 million,” observes Wining of MIT Sloan Management Review.

In mid-2015, GE deployed a risk-assessment tool to provide real-time views and insights into oil-and-gas pipeline issues and performance. “Operators can see how recent events impact their risk and make real-time decisions on where to deploy field service crews first to assess impacted areas along the pipeline,” says Haynes-Gaspar.

Another use case in asset performance management is improved production. Haynes-Gaspar noted that the average recovery rate of an oil well is 35 percent, meaning 65 percent of a well’s potential draw is left in the earth because available technology makes it too expensive. “If we can help raise that 35 percent to 36 percent, the world’s output will increase by 80 billion barrels — the equivalent of three years of global supply.”

For other GE customers, the Predix platform provides a quick on-ramp to the Industrial Internet.  GE projects its revenue from software products would reach $15 billion by 2020, or “three times its 2015 bookings,” Winig writes. Most of this revenue will come through Predix.

Winig observes that GE executives are now in the process of building “a developer community and create a new market for apps that can be hosted on the Predix platform.”