Home / Internet of Things / Sorting Out the Five Faces of IoT 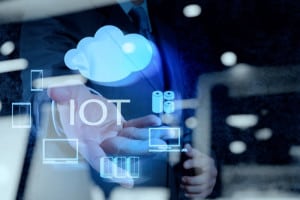 Why defining the IoT depends on your business.

As we frequently point out here at RTInights, there is no single, unified approach or business rationale for real-time technology and the Internet of Things. Every industry has a different read and a different value proposition on what real-time or IoT can deliver.

In fact, the fact that IoT takes many different forms across industries is creating confusion in the market. A recent report by Bain & Co. finds that companies are failing to understand the opportunity IoT offers because it overlaps so many sectors, and there are so many different approaches to leveraging its value. “Companies have no idea that they will likely be facing new competitors and may miss opportunists for new revenue streams,” the report states.

One thing is certain: There’s no question that IoT is seen as an important piece of the business equation going forward.

“Executives across industries know they need to understand where the Internet of Things will affect their industry, where value comes from in their industry, where their companies can enter and play, and what capabilities they need to win,” say the report’s authors, led by Ann Bosche of Bain & Co. “But many tell us they are finding it difficult to get a foothold and develop a strategy. Many are already investing significantly, but few have a clear roadmap.”

With so much attention and interest in IoT, corporate money will follow, and it’s inevitable that there will be a great deal of mis-investment and misplaced priorities. That’s why it’s important to understand what’s at stake across the key markets. The following are the five key market areas identified by Bosche and her co-authors:

Consumer. The rise of wearable computing – Apple Watch, Google Glass (in its next instantiation), FitBit – is becoming the next frontier for large IT vendors. As these platform providers (Apple, Google and Samsung) “extend their reach into wearables, smart homes, cars and other aspects of consumers’ lives, many software and hardware makers will find their place in these ecosystems,” Bosche and her colleagues explain. There will be fierce competition for the consumer segment of IoT, and “creating platform stickiness and bridging customers across industry segments will be the keys to success.”

Enterprise and industrial. The rise of the Industrial IoT and other connectivity initiatives across industrial and enterprise equipment is causing industry incumbents to expand their offerings. “Many will form partnerships, either to improve their capabilities (especially in analytics and security) or to acquire expertise in adjacent industries,” say Bosche and her co-authors. “Those that can build scale and make partnerships work can shape platform standards.”

Networks and gateways. As everything and anything gets networked together across the globe, there will be abundant opportunities for new products and services. This will give rise to approaches such as fog computing, encompassing edge analytics and real-time services, “close to sources of data rather than in the data center,” Bosche and her co-authors state. “Examples include patient monitoring in hospitals, quality control in factories and better customer experiences in stores. Therefore, many businesses will look to their long-standing relationships with network equipment makers (such as Cisco, Ericsson, Huawei and Nokia) and telecom service providers to capitalize on the opportunities.”

Analytics. Analytics is perhaps the most critical part of the market, and will deliver the value being achieved from real-time IoT. Expect to see a great deal of offerings from the traditional enterprise as well as cloud vendors — IBM, SAP, Microsoft and Amazon Web Services – as well as system integrators. There is also an emerging class of pure-play analytics vendors as well addressing the need for robust analytics against all the data streaming in from IoT endpoints.

Robots and artificial intelligence. Autonomous technologies, such as robotics, drones and autonomous driving, will see a boost into the mainstream of business and society as real-time IoT evolves. The distinction here is that most processing and analytics would take place at the edge, Bosche and her co-authors explain. Here as well, “real-time capabilities and technologies such as computer vision and machine learning will be important differentiators for success.”