Home / Analytics / Horizontal or Vertical: What Kind of IIoT Business Are You? 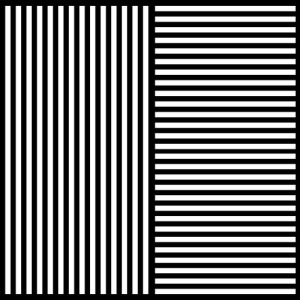 Should you build a comprehensive IIoT platform, or cobble together components from various quarters? It’s the billion-dollar question.

Horizontal or Vertical? That is the question.

Should your business be a vertically integrated organization that occupies as much of the value chain as possible, or should aim to specialize in a particular task that relies on inputs from third-party suppliers and largely depends on a sprawling network of OEMs and resellers to get to end-users, which it may never meet?

Apple has become one of the largest consumer brands in the world, in part, by maintaining a firm hand all the way from component development to the retail experience. Tesla broke with auto tradition by opening its own dealerships at one end and making batteries at the other. Vertical opens the door to capturing the maximum amount of revenue. IBM? Dell? Complete control freaks during their era of dominance in a similar way

See also: Why the future of IIoT needs both fog and edge computing

Meanwhile, the whole PC and consumer electronics era was defined by horizontal specialization. Intel made chips and motherboards but balked at branded desktops and laptops. ARM has thousands of happy customers, in part because it declines to produce microprocessors that might compete with its customers and funnels profit back into improving its core design, fueling a virtuous circle that benefits everyone.

And then there are outliers like hard drives, which went from vertical (every component made under one roof) to horizontal (in the 90s, there were over 200 drive makers including companies like Citizen and Philips and they bought heads and other parts from the same suppliers) and back again to vertical when the market effectively boiled down to two manufacturers—Seagate and Western Digital.

With the IIoT market just starting its big market ramp, it’s a critical question. Should you build a comprehensive IIoT platform, or is that just a pipe dream with IIoT platforms really made up of components from various quarters. Billions will trade hands on these decisions.

How to determine your IIoT “orientation”

Here are the five factors, in my mind, that determine which way you should go.

1. Capital equipment. In short, if you’re buying lots of it, you likely want to be horizontal. Capital equipment means money and risk. In the solar industry, Optisolar dreamed about becoming an end-to-end supplier, shoveling industrial grade silicon into one end of the factory and spitting out panels onto a solar field that would produce grid power on the other. It got on 60 Minutes. It failed weeks later.

The problem? They couldn’t keep up with the pace of technology. Competitors focused on polysilicon, panels, or even mundane things like cheaper racking quickly surpassed them. Performance lagged, their relative price rose and bankruptcy became inevitable. (Side note: not buying this company may have been the only smart decision Carly Fiorina made at HP. But more on that later.)

2. Customers. The fewer the number of customers, the more chance you have of making it vertically. First Solar essentially was based around the same business model as Optisolar: build large factories and be your own captive customer. First Solar, however, has succeeded wildly. Why? One, the technology is somewhat unique: no one else has figured out to make panels with the same materials they use. Second, First Solar only produces panels for the large commercial and utility market. There are a few thousand customers at most. It tried the consumer market, flopped, and occasionally tries again, but it will always be small.

3. Contract Manufacturers. Do they exist? Then go horizontal. Chip makers used to own their own fabs and risked billions annually on upgrading them. TSMC then pioneered the then crazy concept of semiconductor outsourcing to change the dynamics of the industry. While OEMs are part of life in electronics, they are still comparatively a newer concept in fields like pharmaceuticals. With IoT and live data feeds, that will likely change.

4. Intellectual Property. If your intellectual property is incredibly strong, you’ll end up horizontal. Qualcomm once made phones but retreated to technology. Why bother with extended channel relations and consumer marketing if you can avoid it. Simply focus on the cash cow. Exhibit A: the stellar reincarnation of Nvidia. Graphics chips sit at the heart of AI. Nvidia could try to build complete systems, but what’s the point: better to sell GPU boards to Amazon, Microsoft, and others and let them beat each other up.

5. Brand. OK. Everyone has a brand, even component suppliers, but the bigger, badder and stronger it is, the more likely you can achieve that dream of vertical integration. Compare GE and Schneider Electric. Two companies, both alike. One is a household name. One is another that most households think was a character on One Day at a Time. One of them is trying to become a full-fledged supplier of services, like IBM. One sells machinery. GE’s recent travails shows that brand cuts both ways. Still, the rule holds. The more your name is recognized in your peer group, the more vertical you can become.

Are there other factors? Let me know.