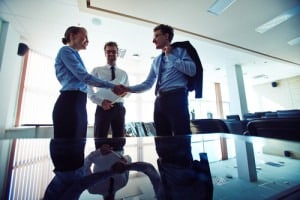 Cloudera, Red Hat and Eurotech are coming together to speed up IoT application development.

Cloudera, Red Hat and Eurotech are debuting an open modular architecture that promises to substantially reduce the time required to build Internet of Things (IoT) applications.

Designed to integrate stacks of open source software being developed under the auspices of the Apache Software Foundation and the Eclipse Foundation, the framework is intended to make it both simpler to ingest data into a Big Data platform as well as deploy artificial intelligence (AI) models based on that data at the network edge to drive real-time analytics, says Dave Shuman, IoT and manufacturing leader for Cloudera.

The architecture developed by the three companies is designed to provide an open alternative to rival proprietary approaches put forward by vendors such as Microsoft and Amazon Web Services (AWS), adds Shuman.

The components of the IoT architecture being put forward by the three organizations include an IoT edge stack based on the Eurotech Everyware Software Framework (ESF) and Red Hat middleware; an IoT integration hub based on Eurotech Everyware Cloud (EC) software and Red Hat middleware running on OpenShift Container Platform, application development and deployment tools from Red Hat that is based on Kubernetes clusters, and a data management and analytics platform based on Cloudera Enterprise software.

The core of the modular architecture presented by Cloudera, Red Hat and Eurotech defines the patterns for connecting disparate technologies to create an end-to-end IoT application in as little as four days, says Shuman. However, because the IoT architecture is based on an open, modular framework organizations can swap out modules as they see fit. They also plan to develop additional IoT patterns over time that can be deployed on top of the framework as well, adds Shuman.

Collectively, Shuman says the three companies are trying to bridge a historic divide between IT and operations technology (OT) systems typically deployed by a line of business with organizations. By defining a set of patterns that can be employed to more easily connect IT and OT systems the amount of time organizations waste trying to figure out where to get started with IoT is sharply reduced, says Shuman.

While there’s widespread recognition of the potential business value of IoT investments, organizations of all sizes are now trying to navigate a complex set of technologies to build those applications, including Big Data platforms such as Hadoop, AI models based on TensorFlow, container technologies based on Docker and Kubernetes, IoT gateways and endpoints involving multiple classes of processors, various communications protocols and multiple instances of public clouds. Faced with those challenges there’s a natural inclination to rely on proprietary technologies supported by a single vendor. However, the risks associated with becoming locked into a single vendor are giving many organizations cause for concern due to the critical nature IoT applications will play in everything from manufacturing to customer service.

The framework announced today by Red Hat, Cloudera and Eurotech may not be the last word when it comes to defining an open approach to IoT. But it does at the very least establish a future point of reference for what will ultimately be required.