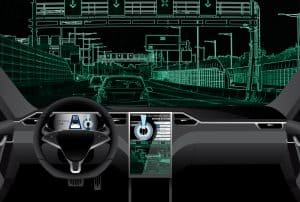 Seoul Robotics recently tested remote control of an autonomous driving fleet at a BMW facility in Munich. By using a mesh network through a control tower, the company overcame some typical challenges associated with self-driving cars. The result was temporary “level 5 autonomy” for vehicles in the network. It’s another step in the pursuit of autonomous vehicles performing in the real world.

Using the environment to manage obstacles for autonomous driving

The mesh network takes information from sensors located in traffic lights, nearby buildings, and other embedded locations to help direct cars without the use of human drivers. Previous iterations in autonomous vehicle projects from other organizations used sensors embedded in the car itself. Using environmental sensors allows the algorithms to take in necessary data and make adjustments. It gives the control tower a greater view of what’s happening around the car and more easily translates it to immediate changes.

The tower used V2X communications and 4G and 5G radios to automate vehicles in the immediate area. It achieved level 5 control for short periods of time. These LiDAR sensors provide rich repositories of data for cars that could help the company translate the trials to much larger applications, including fleet management both on the lot and off.

The trial conducted at BMW’s testing facilities in Munich has far reaching implications for fleet management tools. The tower successfully moved vehicles around the factory floor during the trial thanks to greater visibility from the mesh network. Even when the tower was controlling multiple drones, the mesh allowed for complete control.

The system managed individual vehicles simultaneously, and the company envisions applications in many different applications, including public transit, parking challenges, and various commercial applications. While the trials accounted for vehicles in a small area, it does demonstrate the potential for autonomy beyond the current standard of level 2.