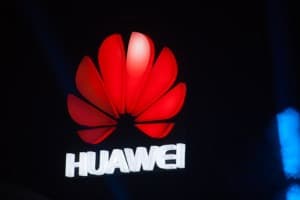 Huawei believes AI could double the value of the global digital economy in less than a decade, from $12.9 trillion now to $23 trillion in 2025.

Artificial intelligence (AI) has the potential to affect every aspect of the digital world. Huawei believes it could double the value of the global digital economy in less than a decade, from $12.9 trillion now to $23 trillion in 2025.

In the company’s Global Connectivity Index 2018, it reveals industries embedding AI into technologies across the enterprise market, including the Internet of Things (IoT), data centers and cloud computing.

This move to “Intelligent Connectivity” could create new business models, products, and services, creating a new wave of economic growth. We recently saw how Google thinks AI could assist people in daily tasks, like booking a table at a restaurant or at a hair salon.

Huawei does see a few issues in the short-term preventing this growth, the most prominent being the lack of AI talent. It said that governments need to start re-thinking the education system for the future generation, which will see traditional job roles moved from humans to robots.

For this new generation to succeed, according to Huawei, each country needs to focus more heavily on the emerging technologies that may play a huge part in our economy in the years to come. This may prevent what some project will be a mass unemployment era.

“We are now witnessing a paradigm shift initiated by AI,” said Kevin Zhang, President of Huawei Corporate Marketing. “According to the GCI study, advanced economies that saw growth from ICT development plateau are using Intelligent Connectivity to open new opportunities, while some developing economies are also finding ways to tap the new technology to speed up their own strategic growth plans.”