Home / Spotlight / Sponsored Content / Operator vs. Enterprise: Role Allocation in Multi-access Edge Computing
This article is sponsored by ADLINK and was produced independently of RTInsights. 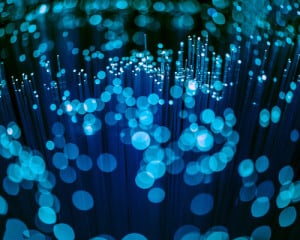 Regardless of the exact name or definition, standards and organizations such as Open Edge Computing, Small Cell Forum, ETSI, and Open Fog Consortium have emerged as part of the growing Multi-access Edge Computing (MEC) ecosystem that also includes initiatives by tech giants with revenues in the cloud, such as Google, Microsoft, and Amazon. Perhaps the more interesting players, however, are the operators who have traditionally provided the network architecture, and the enterprises with the IT service environment at the edge. Who handles what will have a significant impact on the MEC business model, as well as the technical solutions that are implemented.

In a typical mobile network architecture, user devices, industrial devices, or other user equipment connects to a radio base station or access network. That, in turn, is connected to the core network centrally located in typical switching centers. User data goes through the network and is terminated at the application servers, which can be located in the cloud or enterprise. What sounds like a long data path is just that. And it is one that can originate hundreds or thousands of miles away from the base station. Because the speed of light limits data propagation, there could be many tenths of milliseconds of latency.

As networks begin to implement 5G and respective services requiring much lower latency, Edge Compute technologies are necessary to increase the QoS and QoE of data transfer. These lower latency applications include real-time policy, Artificial Intelligence (AI), high bandwidth video streaming (UHD/4K) and support of autonomous vehicles and drones. Applications requiring a round trip delay to the application server of no more than of 5-10ms cannot be done at a remote data center.

But, as operators implement 5G for speed and support of more devices, they are focused not just on network optimization, but also on how they can monetize their network for increased value to their customer. Operators providing more services at the Edge for enterprise customers and consumers provide a greater ROI for their network investments.

Competing with cloud providers that could impact low-latency apps is critical for an operator’s success. For smart city and smart factory applications, the operator can provide 5G/LTE services with higher speeds and lower latency to those customers using Edge-based computing located at the central office, macro/micro radio access network (RAN) tower or even at the customer premises. With the disaggregation of server technologies using standard infrastructure like Open Compute Project Carrier Grade (OCP-CG), operators can implement improved compute power in their central office switching locations, normally placed fairly close to their customers.

Factory-floor network control⎯who does what?

Germany is recognized as being a key driver behind Industry 4.0, and for a good reason. Just recently, German industries made it known that they intend to pursue a path of forgoing public operators and owning the networks themselves. The primary reason for this shift to build on private networks is the desire to keep internal data internal and not have it leave the enterprise to the cloud.

The challenge is that 3G networks are built with the core network located outside the enterprise and run by the operator. While some operators may offer private base stations that can be connected to machines, there is still the issue of those long data paths with resulting high latency. Even in this scenario, the entire system is controlled by mobile operator from the core network.

As industry transforms to Industry IoT, we see competition among multiple radio technologies, including LTE, 5G, and WiFi. What is becoming increasingly apparent is that the choice is highly reliant upon low- and high-latency dependent applications. With a coffee machine, a 10 ms latency is inconsequential, as is a sensor on a container that needs to connect to a network or cloud to communicate its position. But there are many other industrial applications where low latency is critical. 5G could be an option here, but not LTE.

In an industrial environment, campus area coverage through multiple WiFi access points may be acceptable, but how many access points would you need to cover many kilometers of an enterprise-wide site? Mobile technology is far more efficient in this instance, while also meeting the high availability, strong security, seamless mobility, deterministic QoS requirements. These aren’t requirements easily satisfied with WiFi. One key reason is that mobile technologies are using licensed spectrum, which the operator has exclusive right to use, but WiFi uses unlicensed spectrum available to anyone and with limited regulations — and limited power distribution.

ADLINK’s Germany-based partner MECSware offers a private LTE approach with an enterprise-located MEC server comprised of an ADLINK computer with MECSware software. The device is MECSware’s version of an edge or micro cloud platform, providing computing storage with a network running multiple applications.

The multi-access edge comes in between the device at that enterprise and the central cloud, which may or may not be on-site. For example, the central cloud might be the server for a mobile robot, or perhaps the robot only talks to the edge cloud. The cloud principle remains the same, but in a local iteration with an MEC platform where apps can run and communicate to devices nearby on the same premises.

MECSware offers product and solutions to enable this type of MEC concept in a private LTE model, but with specific role allocation. Multi-access edge cloud servers provide computational resources and network resources for applications running locally and using mobile technology. The key is that the enterprise controls the multi-access edge cloud servers, not the operator.

The private LTE approach has the potential to radically transform the networking landscape. Operators are still working out how to position themselves and are understandably concerned that the private LTE concept could mean a loss of business. However, it may also open new and alternative, revenue-generating models targeted to individual use cases that will give more flexibility to the enterprise while maximizing the operator’s services.