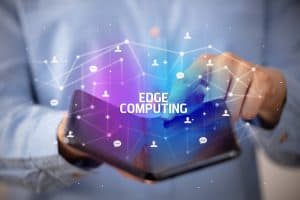 The COVID crisis is accelerating the shift to edge computing because it preserves bandwidth and increases efficiency by processing information closer to the users.

We’ve already established there are vital business cases to be made to accelerate edge computing. But the recent shock to our corporate system brought by the COVID-19 crisis has brought the importance of edge home in a big way.  A team of analysts from Bain & Co. says the recent COVID-19 crisis – which resulted in a wide dispersal of people from centralized offices to their homes — exposed weaknesses and vulnerabilities in more centralized computing networks.

The massive shift to home-based work isn’t likely to ease anytime soon. In many cases, companies are discovering that they didn’t need expensive commercial office real estate, while employees got a taste of the flexibility and freedom from commuting that they will want to keep going. Some companies, most famously Twitter, announced that employees will work from home on a permanent basis from now on.

That’s why edge computing may be more important than ever. It wasn’t just COVID that is making the case for edge. There’s already a strong business case to be made, including the ability for manufacturers to conduct preventive maintenance on production machines as well as products; the ability to deploy autonomous drones and robots to detect and observe issues in remote locations, such as oilfields or mines; or the ability to manage traffic flow within warehouses or construction sites.

The recent COVID disruption further demonstrated the key role edge computing can play in moving things forward. “The Covid-19 pandemic and associated lockdowns have spurred fundamental changes in the ways we live and work; they have also exposed some weaknesses in the broader network architectures that support us,” according to a new report published by Bain & Company. “Some of the changes, including more remote work, more virtual collaboration, increased video streaming, and an ongoing rise in online gaming, are likely to last long after the lockdowns,” according to Asit Goel, partner with Bain & Company and lead author of the report. “But the weaknesses, including wired networks that have slowed under additional burdens, will have to be addressed.”

It’s not that heavy network users haven’t taken actions to deal with these weaknesses. “Netflix reduced the quality of its video stream to ease traffic on European networks. Verizon committed to boosting its investments in network infrastructure by $500 million to accommodate the demands of more telecommuting and online learning. And data center provider Equinix has said it will accelerate the infrastructure investments it would have carried out over the next year or two.”

At the same time, the COVID crisis, which tested network traffic to its limits, is “likely to accelerate a shift that was already underway—namely, the development of more edge computing, which preserves bandwidth and increases efficiency by processing information closer to the users and devices that require them rather than sending them to more central locations in the cloud,” Goel and his co-authors state.

Recent research out of Bain & Company points to technology-leading companies — media, gaming, telcos, and security – finds more than 95% have some plans for edge computing, and nearly three-fourths aim to begin integrating edge into their IT environments by the end of 2020. A quarter of respondents are already operating edge computing at scale. “This shift is likely to continue as companies look to meet the surging demand for bandwidth and network services,” Goel and his co-authors state.

The Bain & Company team urges companies to be prepared with potential edge computing scenarios and use cases, and understand where and why edge can be best applied. For sudden high-impact events  such as the COVID crisis “demand that companies renew their plans for the future, starting with strategic goals and working back to the actions that must be taken today to achieve them.”