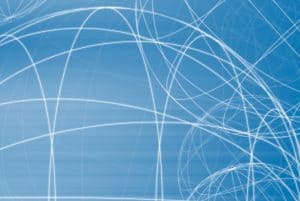 The demand for private mobile networks based on LTE or 5G technologies is driven by the exploding edge computing requirements of modern businesses.

The use of private mobile networks based on LTE or 5G technologies is on the rise. And the pace of deployment for those based on 5G is accelerating. Those are the findings of a recently released market status report from the Global mobile Suppliers Association (GSA).

The new Private Mobile Networks market status report found that at least 370 companies worldwide are investing in private mobile networks based on LTE or 5G. The number includes “trials and pilot deployments, commercial network launches, or investment in licenses that would enable deployment of private LTE or 5G networks,” according to the report.

A majority of the companies are using LTE for their private mobile network deployments. But 5G is on the rise. Specifically, LTE is being used in 64% of the cases, down from 81% in October 2020. 5G is now being deployed (or planned for deployment) in 44% of cases.

Why the interest in LTE and 5G private wireless networks?

Private mobile networks based on LTE or 5G are a variant of private cellular networks. They are typically on-premises networks designed for exclusive use by a company.

Many edge computing applications can benefit from the use of private LTE or 5G networks. Some several reasons that companies opt to use private (LTE or 5G) networks include:

Lack of coverage by other means: A given site may not be served by a public cellular network service, or it may be too difficult to deploy a Wi-Fi solution at the site.

A need for low latency transmission: While many edge applications perform analysis on a device, there are situations where data needs to be streamed to a more suitable compute platform for analysis and the derivation of real-time insights.

Data privacy and security: Some industries are governed by regulatory standards that require certain data be safeguarded. In some cases, the most viable way to do that is to only carry that data over a private network.

Performance and control: A private wireless network lets companies build analysis workflows to ensure suitable bandwidth is available to meet the requirements of their specific applications.

The demand for private mobile networks based on LTE or 5G technologies is driven by the exploding data, security, and digitalization requirements of modern businesses.

The GSA data finds that manufacturing is an early adopter of wireless private network technology. It found 79 companies holding licenses, involved in pilots, or deploying the technology. Adoption is happening fast. About 47% more companies met these conditions now than at the start of the year.

Taking a deeper look within the manufacturing segment, the automotive subsector leads in terms of private network investment and adoption. They account for over a quarter (25.3%) of the 79 identified manufacturing companies.