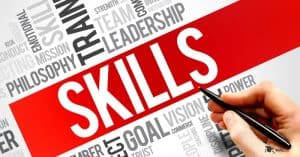 A Harvard Business Review study found that, to meet the demand for experienced tech staff to drive digital transformation efforts, many companies have adopted skill-based hiring (vs. hiring based on degrees). Such an approach complements automation efforts that try to make efficient use of a staff’s time.

Companies trying to develop new applications and digitally transform frequently have trouble due to a lack of staff with specific technical expertise. Automation is one way to address the problem. Specifically, AI-based automation can help at various stages of an application’s development or a digital transformation journey. Rather than hiring numerous people with very distinct skills for special tasks, automation can assist those with broader expertise and help them carry out the required steps, including data access, data transformation, integration, and more.

Another way to improve the situation is to expand the pool of people hired. Increasingly, there is a trend where companies are going outside normal hiring practices where they look for candidates with specific certifications, degrees, and more. Instead, they are looking for more general skills that will help. This approach, dubbed skills-based hiring, complements the benefits a company gets using automated integration. So, while a company may not necessarily have a person with the exact expertise in, say, one type of architecture or another, a person with general expertise can do the job when using a solution with automation capabilities.

In the mid-2010s, a quasi-movement pushed businesses and government officials in the United States aimed to stop the trend of degree inflation, by promoting skill-based hiring and removing the requirements for a degree in roles that did not require one.

It’s fair to say quasi-movement because, outside of a few industries which were hit hard by the coronavirus pandemic (healthcare for one), there hasn’t been a lot of backtracking from the trend.

SEE ALSO: As the Role of the SRE Evolves, so Too Do Required Skills

In the technology sector, which is on the extreme demand end of supply and demand, several technology firms lamented the degree bloat and agreed to move towards skill-based hiring. But, outside of a few notable exceptions, these barriers to entry still exist.

A study by the Harvard Business Review, in collaboration with labor-market data company Emsi Burning Glass, showed that more than 70 percent of positions at Oracle, Intel, HP and Apple required degrees. This is considerably higher than the national average at 52 percent.

In some positions, such as for a software quality-assurance engineer, that percentage increased to 90 percent at the four tech companies mentioned above. IBM and Accenture were the two companies to buck this trend, with less than 30 percent of engineering roles requiring a degree.

“When you break down what people actually do every day, whether it’s software development, or digital design testing, or security, or even AI, you have to ask if that role needs a four-year degree or it’s a set of skills that’s needed,” said Nickle LaMoreaux, Chief Human Resources Officer at IBM. “And if it’s skills, maybe people are getting them outside of college, such as in the military, or in shorter periods of time, like in coding boot camps. When you think about it, skills are often what you need, not degrees.”

Accenture and IBM both run apprenticeship and school leaver programs, which aim to enable an employee to learn on the job and decide which areas to specialize in. With skill-based hiring, it also opens the doors to people moving industries or getting back into work.

The Harvard Business Review study also found that Apple and Google had made some progress to lowering requirements over the past two years. And some others intend to move away from hard barriers to entry, such as automated systems which flag resumes that do not have a degree, to widen the selection of potential applicants.

Technology is one of the root causes of this degree inflation, as jobs which were previously either performed manually or had vary little outsider input now require competencies in lots of different areas.

“The seeds for degree inflation were planted as the nature of jobs was changing,” said Manjari Raman, director of Harvard Business School’s project on Managing the Future of Work. “More and more automation created jobs that are called the same thing but require different competencies.”

But as mentioned in the study, employees who have been doing the same job for over 20 years and learning new competencies while in the role are far less likely to have a degree than those applying now. So, it is difficult to argue that a role that is currently filled by a non-degree employee must be filled by someone with a degree.

When those employees are giving help via a solution that automates technical tasks, such as integration, it truly is the skills that are important and not that the people have certifications or diplomas typically associated with the tasks that need to be performed.