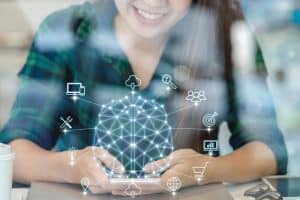 Artificial intelligence and machine learning, once mainly seen on the supercomputers of the world, are now prime candidates for deployment at the edge.

Lately, there’s been a lot of attention on “the edge,” and the implications of spreading computing power, logic and associated data across the millions and billions of devices now increasingly being connected across the world. A couple of decades back, Scott McNealy, chairman of Sun Microsystems, recited the mantra “the network is the computer.”

It stands to reason, then, that many of the applications once only seen as best suited for powerful centralized systems may now be spread across “the network.” Artificial intelligence and machine learning, once mainly seen on the supercomputers of the world, are now prime candidates for deployment at the edge.

That’s one of the takeaways from a recent survey of 1,652 developers by the Eclipse Foundation, which looked into the technical program within the Internet of Things. AI, and machine learning, in fact, are now the most frequently selected edge computing workloads. Close to one-third of developers, 30%, cite AI as their edge computing workloads. Other leading-edge functions are more traditional applications one would associate with edge systems — control logic (29%), data exchange between multiple nodes (27%), and sensor fusion (data aggregation and filtering) (27%).

The survey also found that edge computing is increasingly built on open-source foundations. The leading operating systems supporting these applications are Linux (43%), followed by FreeRTOS (35%). Another 31% deploy Windows on their edge systems, defined in the survey as “constrained devices” and “edge nodes.” Still, Windows has been gaining ground in edge systems lately — Windows usage grew from 20% in 2019 to 31% in 2020, which the survey’s authors ascribe to the adoption of Azure IoT.

Blockchain-related applications are gaining ground within the edge. Distributed ledgers grew to 22% in 2020 — as opposed to 14% in 2019. This demonstrates the relevance of the Eclipse TangleEE Working Group to the market. The Tangle is a virtual mechanism for weaving all the devices, sensors, and systems into a distributed, yet accountable network that enables their tracking and exchanges of information in a secure fashion. It’s distributed ledger technology for the Internet of Things, minus the overhead and complications of blockchain.

Agricultural applications lead the way in IoT initiatives, the survey also shows. Agriculture leaps into first place (from 21% in 2019 to 26% in 2020) for industry focus areas. “The growth of smart farming reflects the rise in adoption of IoT-based solutions to increase yields, lower costs, reduce waste, among other driving factors,” the survey’s authors state. additional industry applications include industrial automation, education, automotive, connected/smart cities are tied for second place at 21% each.

Surprisingly, there is less interest in home automation (from 22% in 2019 to 19% in 2020). “Consumers may have been burned by providers who abruptly discontinued their products and services, or suddenly started charging for them when previously free,” the researchers speculate.