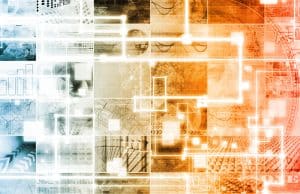 The convergence of computing environments, from edge to the central server, is forming the foundation of the emerging real-time enterprise.

With the rise of IoT, 5G networks, and real-time analytics, the edge has expanded into a greater and even more dominant part of the computing infrastructure equation. With it, changes in the way information is shared and managed in devices, sensors, and systems across the globe.

Edge computing has continued to rapidly expand as part of corporate computing, a survey of 700 enterprises by Forbes Insights found. A majority, 84%, say their IoT networks have grown over the past three years. Plus, edge computing is delivering growth and revenues. Leaders in edge-computing and IoT implementations are seven times more likely to be seeing high rates of growth versus the laggards in the survey. In addition, more than three-fourths of IoT leaders say IoT leads to increased revenues or profitability.

What’s the appeal in edge computing? Cost is one element, of course, as processing at the edge helps get around bandwidth issues and costs associated with centralized cloud or data center architectures. However, the business and technical advantages run much deeper than simply cost savings. Edge computing, as Gartner defines it, “is part of a distributed computing topology where information processing is located close to the edge, where things and people produce or consume that information.” Topology is the key term here, says Garner analyst Bob Gill. “What we’re talking about is a network topology, and letting things run where they run best because of the laws of physics.” In other words, getting information to where it needs to go at the greatest speed with minimum interruptions.

Edge computing enables processing closer to the source, avoiding the time lapses that result from round-trips that would be incurred from more centralized architectures, in the form of requests for information, followed by responses returned. For example, a sensor in a piece of machinery would be able to regulate its performance in real-time, versus making hops from the machine to a local network, then to a server in the data center or to the cloud. Or, the facial recognition feature in today’s mobile phones are immediately responsive due to local processing within the device, rather than transmitting images to the cloud for analysis.

“Edge computing is made necessary by harsh realities of physics, but subsequently enables wondrous new applications,” Gill stated in an informative webinar. “We’re talking about letting things run where they run best. We’re talking about is advances in endpoints and also increased needs and demands of those endpoints. Increases in expectations, increases in data density, speed volume, and things like that – that’s what’s driving us toward this need for edge computing.”

The edge may be part of a topology, but what are the components that populate this topology? A way to describe the purpose of an edge topology is a “transportation system for information,” as outlined by Scott Fulton III, writing in ZDNet. “An ‘edge’ is comprised of servers extended as far out as possible, to reduce the time it takes for users to be expediently served.” Note that Fulton includes full-fledged processing systems as potential edge systems.

Essentially, the range of hardware and systems is extremely broad, extending to any computing or communications device that makes sense to the business tasks at hand — including, but not limited to the following:

The lines between edge computing and traditional IT are increasingly blurring, as enterprises adopt a wide spectrum of computing – from the edge to the central server. This convergence of computing environments is forming the foundation of the emerging real-time enterprise.