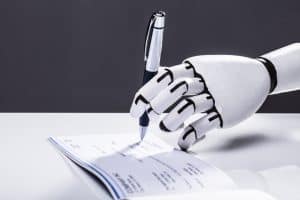 The acquisition will address the growing interest in RPA as businesses automate workflows to maximize use of personnel in the face of current economic uncertainties.

IBM this week announced it has agreed to acquire WDG Soluções Em Sistemas E Automação De Processos LTDA (WDG Automation), a provider of a robotic process automation (RPA) platform based in Brazil. Terms of the deal were not disclosed.

Previously, IBM provided access to RPA tools via an alliance with vendors such as Automation Anywhere. Once the deal is closed IBM will be able to offer a more tightly integrated RPA alternative that would be more aligned with IBM’s overall artificial intelligence (AI) strategy, says Mike Gilfix, vice president of cloud integration for IBM.

See also: Are You Getting the Best Results from RPA?

IBM will continue to offer RPA platforms from other providers alongside the RPA software from WDG Automation. IBM has extended those platforms using tools to manage digital robots that many existing customers rely on, notes Gilfix. However, those offerings will not be as deeply infused with AI technologies such as the IBM Watson platform, says Gilfix.

For example, IBM plans to integrate WDG Automation RPA with IBM Watson AIOps to make it possible to be able to detect, diagnose, and respond to IT anomalies in real time.  IT organizations should expect AI services surfaced via the IBM Watson AI platform to make recommendations about when ad how best to apply RPA, says Gilfix.

The RPA platform made available by WDG Automation is currently delivered as a set of software-as-a-service (SaaS) applications. However, IBM also announced that once the deal closes it will make that RPA software available as part of a Cloud Pak for Automation portfolio of containerized applications that can be deployed on platforms such as the Red Hat OpenShift application development and deployment platform based on Kubernetes.

That approach will enable the WDG Automation platform to be deployed on multiple public clouds and on-premises IT environments, notes Gilfix

In general, Gilfix says interest in RPA is rising sharply in the wake of the COVI-19 pandemic. In the face of current economic uncertainty organizations of all sizes need to automate workflow processes in a way that maximizes investments in personnel, says Gilfix.

As is that case with all emerging technologies the most important thing is to focus initial efforts on use cases where the time to value is clear and relatively short, adds Gilfix.

While there’s been a lot of hype surrounding AI in recent years it’s arguably RPA platforms that have the most impact in terms of reducing business costs. The challenge and opportunity now is to infuse AI technologies into RPA platforms in a way that takes automation to the next level. That doesn’t necessarily mean jobs for humans will be eliminated. Instead, the tasks that remain to be done just won’t be quite as mind-numbing as many of them are today.