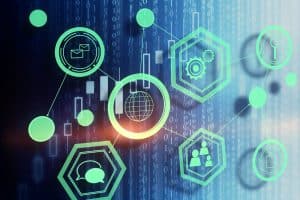 Survey finds many organizations are still approaching data modernization as a tactical project rather than as a strategic initiative.

A report published this week by Deloitte suggests that while there are a lot of data modernization efforts underway most of those efforts are occurring on an ad hoc basis rather than as part of a strategic initiative.

One-third (34%) of the 504 IT professionals working at companies with more than $500 million in annual revenues surveyed by Deloitte claim to have fully modernized a data platform, while another 50% say they have a project underway. However, only half (48%) of respondents say they have a specific initiative in place. The survey makes it clear many organizations are still approaching data modernization as a tactical project rather than as a strategic initiative, says David Linthicum, chief cloud strategy officer for Deloitte.

The challenge organizations will encounter long term is as the number of database platforms continues to expand, the overall IT environment becomes difficult to manage, says Linthicum. Most organizations would be well advised to adopt a more strategic approach that over the next five to ten years will reduce that complexity, says Linthicum.

“The battle is going to be won with upfront planning,” says Linthicum. “There’s no big bang approach to the problem.”

Deloitte defines data modernization as any effort to add support for new data types or move an existing data platform into the cloud. The issue many IT leaders are now confronting general stems from the fact that as developers build new applications faster than ever. And many of them have required IT organizations to support everything from document to graph databases alongside traditional relational databases. As each new platform is added to the environment, the total cost of IT tends increases in direct proportion to the complexity of that environment, notes Linthicum.

Unfortunately, it’s not going to be feasible for most organizations to rationalize all those platforms overnight. Organizations, alternatively, might invest in data virtualization platforms to make data sources more accessible. However, Linthicum notes data virtualization platforms just wind up adding yet another database platform that needs to be managed alongside everything else. Instead, organizations need to create a five to ten-year plan based on a well-defined set of application programming interfaces (APIs) to lower their costs, says Linthicum.

In the nearer term, Linthicum says organizations should also evaluate the business value of all the data they are collecting. Much of the data being stored today doesn’t provide a lot of value to the business, notes Linthicum. Overcoming this issue will be especially critical as organizations seek to leverage artificial intelligence (AI) to automate a wide variety of business processes in near real time, says Linthicum. The algorithms on which those AI models depend require access to data that is not only of the highest quality but also the data that is of the most relevance to the business, adds Linthicum.

Linthicum says organizations that want to survive a forthcoming “brand apocalypse” that will inevitably occur as more nimble competitors leverage data analytics to usurp established leaders in every vertical industry segment need to find a way now or never. Unfortunately, the Deloitte survey identifies the biggest challenges to data modernization as being budget (55%), lack of technological understanding (44%) and lack of consensus among decision makers (41%).

Given the scope of those challenges, it’s clear many organizations whether they realize it or not are already on an endangered species list. In fact, the survey notes that only 62% of the respondents their data modernization efforts will ultimately be successful.