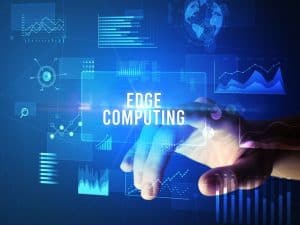 Edge computing has become a common, all-encompassing phrase, and that familiarity with the term may lead to a blurring of its true nature. As such, it seems important to take a step back and revisit exactly what makes edge computing so powerful and so different.

The best way to define edge computing is to examine the requirements that are driving hardware, software, and application choices for successful deployments. While there can be some overlap in cloud, data center, and edge applications, edge solutions must have distinct features and characteristics, including:

Ruggedized: Edge environments might include an autonomous vehicle, an industrial processing facility, or even outer space. Equipment must often operate in harsh settings that can include very large temperature variations, temperature extremes, dust, vibration, and more. Traditional compute elements used in data centers, or cloud facilities would likely fail when used under these conditions.

Low-power and energy-efficient: Edge devices need a source of electricity to work. If the device is located in a building or plant, AC power obviously is widely available. But devices operating in other environments need alternative power sources. That may include the use of self-contained batteries, solar power in remote locations, or drawing power from, for example, an autonomous car’s batteries.

Onboard analytics, machine learning, and artificial intelligence algorithms: Many edge applications need some level of data processing and analysis at the edge itself. It may be something as simple as averaging status data sampled every second in one-minute intervals to doing on-the-spot image analysis in an autonomous vehicle and making a decision to steer around an object in the road ahead. Each specific application requires suitable software running on the device to carry out the task.

Connectivity: There are two aspects to consider here. One relates to data transmission. Most edge devices will need to transmit either a steady stream of raw data or some data derived by onboard analysis. The volume of data and the latency requirements will determine what type of connectivity is needed. One example is video data streamed to a cloud processing facility for analysis, and then image analysis result must be returned in a tight timeframe to take action. This scenario requires high-bandwidth, low-latency connectivity. An appropriate choice might be a private Wi-Fi network or public or private LTE or 5G services.

The second type of connectivity is one that is used to monitor the health of the device and manage it remotely. Such connectivity is often used to perform software and firmware updates. The bandwidth needed for such operations is relatively low and can often be satisfied by older generation cellular services (i.e., it does not necessarily need 5G).