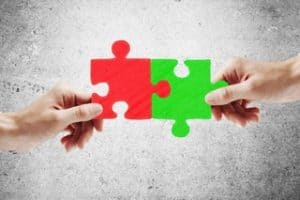 Within the next two years, more than half of new enterprise infrastructure deployed will be at the edge rather than corporate data centers.

There are many technology trends shaping enterprises in the months and years ahead, but none will be more impactful than the rise of edge computing. That’s the word from IDC, which has been releasing estimates of the scope of the edge, as well as the impact on business.

Within the next two years, more than half of new enterprise infrastructure deployed will be at the edge rather than corporate data centers, up from about 10% today, IDC estimates. By 2024, the number of apps at the edge will increase by an astounding 800%, driven by demand to meet customer expectations and convenience, as well as supporting a rising number of critical edge activities.

The convergence with cloud was recently explored by Pam Miller, director, infrastructure channels research for IDC, in a webcast with Greg Adgate, VP of global partner and alliance programs at Equinix. This dramatic shift means the digital edge and public and private clouds are converging, representing a spectrum of computing environments.

“Cloud is the foundation for the digital economy, and it’s growing to $652 billion by 2023,” Miller says. “What we’re seeing is that the edge is very, very critical to this,” she continues. “The edge allows you to have an immediate response to data that’s generated. It allows you to be able to react. You just can’t do that from a central data center. The lag time prevents this immediate analysis and leveraging of the data you have.”

The other converging trend is an “immense increase in the volume that the data centers are taking care of,” Miller continues.

IDC expects edge expenditures will be concentrated in the U.S. and Western Europe over the next several years. In 2020, the regional spending shares for the Americas, EMEA, and Asia/Pacific were projected to start reaching 45%, 28%, and 27%, respectively. Among industries, the top two sectors are discrete manufacturing and professional services, while retail will overtake process manufacturing, becoming the third-largest industry. Professional services will also see the fastest growth in edge spending with a five-year CAGR of 15%, the consultancy projects.

From a technology perspective, services – including professional and provisioned services – will account for 46% of all edge spending in 2024. Hardware follows as the second largest technology category with a 32% share of spending, while the remaining 22% will go to edge-related software.

IDC recently released projections for European enterprise edge spending, anticipated to remain within the services category, driven by connectivity and professional services for IoT, robotics, drones, AI, and AR/VR deployments. Spending on hardware, driven by heavy edge platforms used to perform heavier computing tasks adapted for the edge location or deployment, is almost the same as the spending on software technologies, especially security software used to ensure the integrity of data, end points, and infrastructure.

In the next few years, the bulk of European enterprise edge spending will continue to be linked to the IoT domain, even though the contribution of other domains, such as AI and AR/VR, will increase further. For example, automated threat intelligence and prevention use cases will leverage AI systems to connect the dots between different pieces of information and to identify possible threats to databases and systems in financial, government, or utilities industries, while AR/VR can help organizations from the manufacturing and utilities industries to improve maintenance, repair, and operations processes. Besides the IoT, AI, AR/VR, robotics, and drone domains, enterprise edge will remain strongly connected to other technology markets such as 3D printing, blockchain, autonomous, wearables, and implantables.

From a vertical perspective, the manufacturing industry will account for the largest share of European enterprise edge spending in 2021, with the majority of use cases related to the IoT and robotics domains. Robots can help factories to achieve full automation by assisting in assembling, inspection, painting, or welding processes.