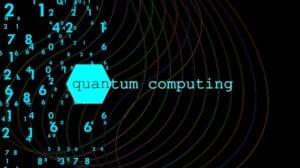 To take quantum computing from its niche existence to the mainstream, we need to learn how to isolate quantum systems better from their environment and learn how to control them to a much higher degree of accuracy.

Quantum computing promises efficiency in processing power. The ability to process much more information opens up the possibility to drive fields such as fundamental research, optimization, information technology, and pharmaceutics beyond what we ever imagined possible while we had just classical computers.

There are many yet-unimagined applications for a substantially more powerful computer.

Quantum computers might be able to solve hard optimization problems much faster and enable us to even solve problems that are completely out of reach today in terms of the classical computing resources needed.

This would enable us to calculate things we’ve never been able to calculate before, such as the formation of proteins or predict the complex behavior of financial systems.

Quantum simulation can be utilized in pharmaceutical/chemistry research and modeling to help us better understand how molecules and proteins form, leading to breakthroughs in chemistry, biology, drug discovery, and healthcare.

For example, roughly 1% of US energy consumption goes into the production of fertilizer. This process is inefficient in part due to the complexity of the simulation of the chemical reaction at a quantum mechanical level. A quantum computer could be used to simulate biological/chemical processes such as nitrogen fixation in nitrogenase, thus increasing efficiency in production and leading to a greener approach.

Quantum communications promises secure communications and distributed entanglement: while looking quite similar to their classical counterparts for fiber-optic communications, quantum communications have more stringent performance requirements and are more susceptible to environmental effects. Creating secure quantum repeaters is, therefore, a major challenge before we can implement quantum networks for use in our daily lives.

The ability to distribute entanglement will aid our abilities for enhanced calculations and sensing by allowing us to create networks of quantum sensors and computers: much like how there are CPU clusters for distributed computing, we could create distributed QPU (quantum processing unit) clusters for quantum computation.

In cybersecurity, a powerful quantum computer could potentially break existing encryption protocols that rely on factoring large numbers, such as RSA-based encryption protocols. Right now, there is no classical computer or algorithm that can do this within a reasonable amount of time – and so we have the opportunity to develop completely new types of encryption to keep information safe: because a large outstanding challenge is creating security protocols that are secure from both classical and quantum computers. A quantum computer’s strength is processing Big Data which can also have implications on personal privacy.

The unique sensitivity of quantum systems to their environment makes them powerful for computing but also makes them difficult to control with a high degree of accuracy. Because of this, quantum computers are still very small (consisting only of tens of quantum bits or qubits – classical computers have hundreds of millions of bits), and the computations we can perform with these small systems are often inaccurate.

To take quantum computing from its niche existence to the mainstream, we need to learn how to isolate quantum systems better from their environment and learn how to control them to a much higher degree of accuracy. We need to reduce the errors that we observe in quantum computations and then scale up the system to hundreds of millions of qubits.

Overcoming the error problem in quantum computations will come through innovation in quantum computing hardware and software. More research is needed to understand the error processes that occur in quantum systems and how to build hardware that is more resilient towards those errors. At the same time, advances in software and how we implement certain algorithms are needed as we hit the physical limits of chip manufacturing capabilities.

If research and development efforts continue to be successful, we could conceivably be looking at a 10-year timescale for quantum computing implementation. That’s if we solve the error problem in quantum computing. If we don’t, efforts might need to be refocused on narrower goals, such as building quantum simulators that solve more targeted problems, rather than on building general-purpose quantum computers.

I believe, however, that as soon as the technology becomes viable, it will be successfully implemented and generate vast amounts of revenue for any industry that holds a stake in it.

Elizabeth Ruetsch is General Manager for Quantum Engineering Solutions at Keysight Technologies. She has been active in the electronics industry for 28 years – 22 of them in management positions at HP, Agilent, and for the past eight years, with Keysight. In her current position, she works with customers in the aerospace, defense, university, and commercial sectors on developments concerning quantum, a family of advanced technologies which, although exceptionally promising, are still largely pre-commercial.