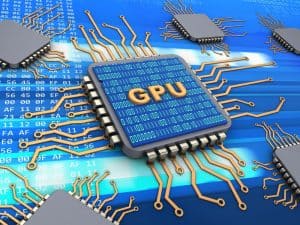 See also: Will the Consumerization of AI Set Unrealistic Expectations?

What the issue is for CI applications is that traditional compute systems based on standard CPUs will not suffice for a couple of reasons. They cannot process the data, train the algorithms, or run the applications against new data in an efficient manner. In most cases, scaling legacy systems to the processing level required is too costly. And even if the investment is made, the time it takes to train and run ML applications is impractical for the needs of the business.

The heart of the problem is that CPUs are designed for serial processing. CI applications that use AI or ML must execute in parallel on many cores. Hardware accelerators address this issue. GPUs and custom-designed processors such as field-programmable gate arrays (FPGAs) and application-specific integrated circuits (ASICs) make available thousands of cores. Specifically, such hardware accelerators have massively parallel architectures that economically deliver the needed compute performance.

As a result, the use of hardware accelerators is on the rise. Their use is being driven by the explosive adoption of AI and ML in mainstream business processes. IHS Markit predicts the AI applications market will more than triple, growing to $128.9 billion by 2025, up from about $42.8 billion in 2019. AI processor revenues will similarly increase to $68.5 billion by 2025.

An aside worth noting is that going hand-in-hand with the use of accelerators, systems that can scale to meet the demands of CI applications also must have high-speed interconnects, increased memory size, and fast storage.

Companies providing AI acceleration hardware include NVIDIA, the leading GPU provider, as well as CPU leaders Intel and AMD. Chipsets from these vendors are being used in AI applications deployed on-premises and in AI instances offered by the major cloud providers.

Others have developed AI acceleration technologies that they incorporate (or plan to incorporate) into their AI acceleration offerings. For example, IBM’s TrueNorth neuromorphic chip architecture is designed to be closer in structure to the human brain than the von Neumann architecture used in conventional computers. And ARM offers AI acceleration solutions based on its Project Trillium Machine Learning Framework.

The market also includes non-traditional chip manufacturers that also have developed hardware. Some of the offerings are designed for specific AI use cases or applications. Examples include:

The common thread that cuts across all these companies and their offerings are specifically intended for use in AI applications. Their use is expected to grow rapidly, according to McKinsey & Company. It predicts AI-related semiconductors will see a growth of about 18 percent annually over the next few years—five times greater than the rate for semiconductors used in non-AI applications.