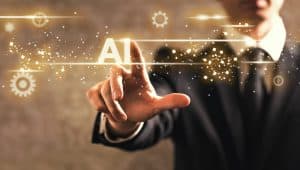 MLOps, like its counterpart DevOps, focuses on building and maintaining the machine learning pipeline across all the different stages in the lifecycle of AI applications.

Let’s face it, when it comes to bringing the latest artificial intelligence and machine learning technology to bear on market opportunities, the tech giants have it all locked up. Google’s array of offerings –from its flagship search engine to its photo services — are powered by sophisticated AI and machine learning platforms. AI occupies every corner of Amazon’s juggernaut business, from its product warehouses to its Alexa in-home companion service.

It’s time for mainstream businesses to benefit from the AI and machine learning revolution as well. However, while the tech giants can throw large sums of money and armies of data scientists at their ventures, most businesses need to proceed along a well-design path. That path is MLOps.

That’s the word from Asaf Somekh, founder and CEO at Iguazio, who has been an MLOps proponent since founding the company five years ago. I recently had the opportunity to sit down with Somekh at the company’s recent MLOps event in New York, where he described his vision for introducing AI and ML into the enterprise mainstream.

MLOps, like its counterpart DevOps, focuses on building and maintaining “the machine learning pipeline across all the different stages in the lifecycle of AI applications, from the development, data exploration, initial developments of the machine learning model, through the training, and then taking it into production,” he explains.

The challenge with AI and ML has been many of the implementations seen to date rarely make it beyond the pilot or proof of concept stage — AI is difficult to scale to real-world enterprise processes. “People overlook the effort it takes after the lab experiment, after the concept was proven,” Somekh explains. “People, having had a very successful lab experiment, would think, ‘we’ve proved it, we have the data, we showed that with different data sets, we can predict with very high accuracy. All we need to do is take it to production.’ But it doesn’t happen. It gets stuck, and two years later, people are trying to figure out what happened.”

It is estimated that 60 percent of AI projects never make it into production, he adds. “They have the model developed in the lab; it’s working fine. But then what happens next? And how do you bring it to life?”

The tech giants make this process look easy, he continues, because they are able to apply brute force and unlimited resources. “The Googles and the Netflixes of the world have a lot of innovation, but if something is hard to accomplish, they put another hundred people on the problem, and eventually it will work.”

Through MLOps, data scientists, developers, operations teams and site reliability engineers collaborate on a common platform to deliver ML capabilities on a continuous basis. It’s a methodology that keeps AI and ML out in front with the business, where it can deliver value. For example, data scientists can stay focused on addressing questions for the business, such as mobilizing delivery drivers, or increasing the self-healing capacities of telecom networks — rather than being caught up in searching for data or worrying about deployment issues. “You want data scientists and analysts to spend as much time as possible on the data science, rather than the overhead,” Somekh says.