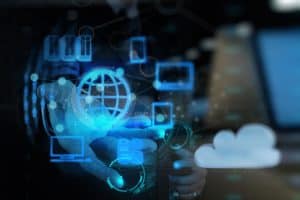 In many situations, using cloud computing and edge computing at the same time can lead to the best overall outcome from a performance perspective.

Discussions about the relationship between cloud computing and edge computing have a tendency to present the cloud and edge as opposite types of architectures and to treat them as an either/or proposition.

This isn’t the best way to think about cloud and edge. Although there are key differences between cloud and edge computing, the cloud and the edge don’t compete with each other as much as they complement each other.

Differences between cloud and edge

The differences between cloud computing and edge computing boil down largely to where workloads are hosted.

In a conventional cloud, data and applications are housed in large data centers located within a public cloud vendor’s network.

In an edge architecture, workloads are hosted in a location that is “closer” — from the perspective of the network — to end-users than is a traditional data center.

It’s worth noting that the definition of edge can get a little messy because there are many possible ways to build an edge architecture. Sometimes, an edge environment runs directly on end-user devices. In others, it looks more like a traditional data center populated by conventional servers, which happen to be closer to end-users than traditional cloud data centers.

Cloud computing tends to be more straightforward from an architectural perspective. Although there can be some variation in which cloud regions and zones teams use to host workloads, all public cloud environments rely on conventional data centers that are comparatively distant — again, in networking terms — from end-users.

Why cloud and edge computing go together

Although cloud and edge computing are fundamentally different types of architectures, “cloud vs. edge” is not necessarily the best way to think about them.

In many cases, it makes sense to use both cloud and edge at the same time. Cloud data centers can host workloads that don’t require the minimal latency and high reliability of those hosted on the edge, while edge infrastructure handles those that do.

By pairing cloud and edge together, organizations can leverage the scalability and ease of deployment of cloud environments while still achieving high-performance goals that cloud data centers can’t always support due to network latency issues.

This isn’t to say that you always have to use cloud and edge at the same time. It’s entirely possible to host applications or data in the cloud without also running an edge environment. It’s also possible — although less common — to use edge without using a public cloud.

But in general, using cloud computing and edge computing at the same time can lead to the best overall outcome from a performance perspective. The only big downside is that it can be harder to manage a cloud environment and an edge environment at the same time, although platforms like Kubernetes simplify this by making it easy to deploy applications to both types of environments from a central management plane.