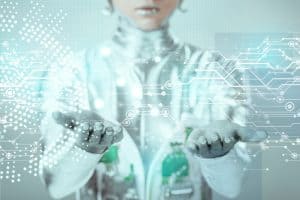 Three finalists will be announced for the competition that provides a $3 million Grand Prize, $1 million 2nd place prize, and $500k 3rd place prize.

Next month, three organizations will be selected as finalists in the $5 million IBM Watson AI XPRIZE. The program, which started in June 2016, is a global competition challenging teams to develop and demonstrate how humans can collaborate with powerful artificial intelligence (AI) technologies to tackle the world’s grand challenges.

The XPRIZE program’s goal is to “accelerate the adoption of AI technologies and spark creative, innovative, and audacious demonstrations of the technology that are truly scalable to solve societal grand challenges.” Rather than set a single, universal goal for all teams, this competition invites teams of technologists in AI to each create their own goal: an application of AI to a grand challenge with a novel solution.

See also: Continuous Intelligence in Action: Lessons from 3 Use Cases

At the recent AI Summit in New York, Devin Krotman, director of the IBM Watson XPRIZE, led a panel discussion on “The Future of AI for Good” with several of the competition’s entrants. Scheduled to appear with Krotman were representatives from Alfred Health, Element Inc., and Georgia Institute of Technology. (Due to a morning snowstorm and the impact of the flu season, not all participants made it to the stage that day.)

The projects undertaken by these participants include:

A Race to the Finish

Throughout the competition, XPRIZE called attention to the work of some of the entrants, recognizing the work they were doing and emphasizing the truly international flavor of the program. Some of the highlighted entrants over the years included:

In February, three finalists will be announced to participate in the Grand Prize competition. That competition will be on the TED2020 stage in front of a live in-person and online audience. A $3 million Grand Prize, $1 million Second Place prize, and $500k Third Place prize will be awarded to the teams that receive the top scores, with the final winner determined based on the results of the live in-person and online audience voting during TED2020.