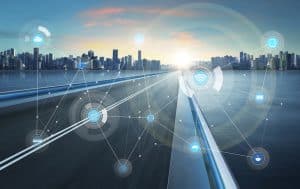 We may be farther out from autonomous transportation than some want you to believe. However, rapid advances in the needed technologies are being realized.

It’s a common belief that several decades from now, we will see fully autonomous vehicles on the ground, at sea, and in the air. The vast majority of autonomous vehicles will carry multiple people in crafts that are as close to carbon footprint neutral as possible. We may even use roads that generate the energy as opposed to the vehicles needing to power themselves.  This will affect a number of businesses, including ride-share companies, may rid their human workforce in order to benefit from autonomous travel. But we may be farther out from this autonomous transportation reality than some want you to believe; we won’t move from what is available to us today to what many are hoping for in the future, even as we head into a post-pandemic world.

What lies between today and the future of tomorrow’s transportation

The increased (and for some companies permanent) shift to working from home (WFH) is causing some cities like New York and San Francisco to lose residents at higher rates than what was previously the case. In the case of San Francisco, the reality is that many people are not traveling too far. But the combination of people leaving cities and the continued wariness of being in close proximity with others means that car purchases may increase in the near term. For those with commutes, the increase in WFH will start to make it more attractive to drive into the cities again, especially if there’s a better than even chance of finding parking. This is made even more appealing as visits to the city become less of a daily occurrence as a hybrid office and work environment becomes the norm for many. We don’t have to wait long to see the appeal of electric vehicles grow as the average number of weekly miles driven by a consumer decrease. But we won’t see gas guzzlers go away completely for greener cars as it’s still too difficult to construct batteries given the pandemic’s impact on components, the higher costs of these platforms, and the availability/stability of certain power grids. Imagine the challenges of owning an electric vehicle in Texas, given what the state faced in February 2021.

The overarching desire to reduce pollution and make ourselves as carbon footprint neutral as possible does mean a shift to vehicles becoming more of a shared resource as opposed to consumer ownership. An increasing number of cities will conjure up ways to make it less compelling to drive a vehicle around town. We have seen this already across a range of the world’s more forward-thinking cities. Constraining the number of variables for autonomous vehicles to deal with makes it easier to deploy shared vehicles (like pods, buses, cars, and bikes).

If we combine work and/or learn from anywhere with Airbnb, Uber, and Boston Dynamics, imagine a time where a family can simply hop between properties depending on how they are feeling. People’s personal effects can be moved in autonomous trucks. It is significantly easier to deploy self-driving technology along highways for autonomous transportation, with the added benefit of extra space for batteries, and the technology, coupled with an easier ROI to justify the expense given the value of the cargo. We may even see businesses provide robots as a service that are used to load and unload the boxes at each end. We will even see a difference in the popularity pending age. Young people, for example,  are valuing the option to lease/rent homes and vehicles rather than own. These attitudes carry over to household appliances, leading to a rise in services that outsource cooking, cleaning, etc.

Bill Gates once said that “People overestimate the change that will occur in two years and underestimate the change ten years out.” The technology to support this type of lifestyle still needs to improve, but it won’t be long. The algorithms for artificial intelligence need to be further refined, we need faster and more capable networks (5G), and the technology for both the vehicle and the infrastructure needs to drive down in cost, energy, and form factor, but all of the pieces exist in one form or another today.

The closer relationship between humans and robots puts an increased emphasis on both security and safety. We cannot go more than two weeks without reading about a new hack of a connected system. When we are entrusting our lives to autonomous transportation systems, there clearly needs to be a step function improvement in the reliability of systems such that:

What are the first milestones on this journey? We don’t have to wait long. In the next two years, we’ll start to see these greener cities, starting in Europe and Asia, begin to deploy autonomous vehicles.  Drones will begin taking on the “last mile” deliveries of packages more so than now, even in a post-pandemic society. While food will be the most delivered product, we’ll see deliveries of higher valued cargo (medical supplies, etc.), justifying the ROI. Furthermore, self-driving trucks will move cargo between fixed locations on (predominantly) highway drives and an increased set of trials of flying crafts that can provide autonomous transportation to transport people.

Ian Ferguson is Vice President, Marketing and Strategic Alliances at Lynx Software Technologies. He is responsible for all aspects of the outward facing presence of Lynx Software Technologies to its customer, partner, press and analyst communities. He is also responsible for nurturing our partnership program to accelerate our engagement into automotive, industrial and IT infrastructure markets. Ian spent nearly eleven years at Arm, where he held roles leading teams in vertical marketing, corporate marketing and strategic alliances. Ian is a graduate of Loughborough University (UK) with a BSc in Electrical and Electrical Engineering.