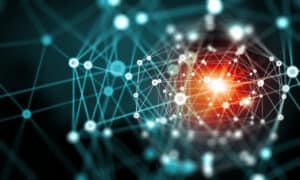 While waiting for broader availability of 5G devices, there are significant numbers of companies operating private networks based on
technologies such as TETRA, P25, Digital Mobile Radio, GSM-R, and Wi-Fi.

Private mobile networks – in which companies adopt their own LTE or 5G infrastructures, are catching on rapidly but are still hamstrung by a lack of compatible devices. By 2030, industrial firms worldwide will have more than 49 million 5G connections inside their facilities, recent research from ABI Research finds. As a result, LTE and Wi-Fi still dominate as wireless protocols in industry settings.

The Global Mobile Suppliers Association (GSA) defines a private mobile network as “a 3GPP-based 4G LTE or 5G network intended for the sole use of private entities, such as enterprises, industries, and governments.” Currently, there are 794 organizations known to be deploying LTE or 5G private mobile networks, GSA estimates, with manufacturing the dominant sector with 140 deployments – up from 111 at the end of 2021. Manufacturing is closely followed by the education and mining sectors.

A lack of 5G industrial devices is tempering manufacturers’ interest in 5G private wireless, according to the ABI report – with a ripple effect across the market. “In turn, the lack of enthusiasm has discouraged hardware suppliers from creating the necessary devices,” the ABI analysts note. To hedge their bets, these vendors are launching converged devices supporting all connectivity protocols – Wi-Fi, LTE, and 5G. Accordingly, GSA finds organizations currently favor LTE over 5G, with the former accounting for 76% of deployments.

See also: Manufacturing Ahead of the Curve via AI, 5G, and Edge

“The arrival of LTE-Advanced systems delivered a step change in network capacity, throughput, and deterministic latency,” according to the authors of the GSA report. “Going forwards, 5G networks will bring increased densities of users and devices, even greater capacity, and further improvements to latency that enable the use of mobile technology for time-critical  applications.”

There are also still significant numbers of companies operating private networks based on technologies such as TETRA, P25, Digital Mobile Radio, GSM-R, and Wi-Fi, the GSA analysts state. “Many of these customers are demanding critical broadband services that are simply not available from alternative technologies, so private mobile networks based on LTE and 5G could eventually replace much of this market.”

In addition, to maximize the benefits to their operations, companies “will need to invest in ancillary technologies, such as edge networking, data management, and data analytics, to accelerate data collection and create a digital thread,” says ABI’s Michael Larner.

Demand for private mobile networks based on both LTE and 5G technologies “is being driven by the spiraling data, security, digitization and enterprise mobility requirements of modern business and government entities,” the GSA report’s authors state. “Organizations of all types are combining connected systems with big data and analytics to transform operations, increase automation and efficiency or deliver new services. Wireless networking with LTE or 5G enables these transformations to take place even in the most dynamic, remote, or highly secure environments while offering the scale benefits of a technology that has already been deployed worldwide.”