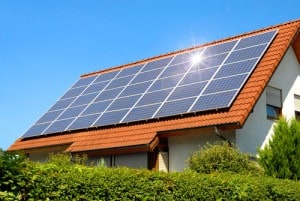 The AC/DC debate in power has really been one of “distributed vs. centralized.” Microgrids can help decentralize, and thus reinforce, the grid.

The alternative energy revolution — based on sources of renewable energy such as wind, solar and geothermal being fed into the overall electrical grid — commenced in earnest in the 1980s. In fact, state and federal agencies mandated that electrical utilities purchase this capacity. Since then, alternative energy sources have multiplied into a massive industry., and increasing amounts of power are coming from these sources.

There’s a catch, however — reviving an argument Thomas Edison and Nicola Tesla were having well over a century ago. “The existing grid relies on alternating current (AC) and power generation sources with mechanical rotation,” according to Dr. Manjari Asawa, Brett Murphy, and Sujan Bose in a new whitepaper. “These classic power generators rely on the physics of electrically connected motors to automatically keep the phase and frequency of the AC signal synchronized. On the other hand, renewable energy sources such as solar and batteries are usually direct current (DC) and so require conversion into AC at the exact phase and frequency as the main grid.”

Microgrids, or grids that cover a small geographic region with some local control capability over a combination of intermittent energy sources, can respond rapidly and locally to power generation fluctuations and smooth the demand on the main grid, the report states. “This can provide an additional 15 to 30 minutes of time for the utility to ramp up an additional generator and reduce the need for spinning reserves.”

The Microgrid Testbed was launched to develop and demonstrate techniques for a 100% distributed energy resources microgrid that assures greater stability as the differing voltages are converged. The microgrid-and-distributed resources architecture was configured to provide intelligent control at the edge of the grid, peer-to-peer, high-performance communications for local autonomy, and enhancement with third-party data and cloud analytics. “We used a tiered architecture to integrate the edge, microgrid control and its real-time databus with cloud-based management, analytics, and visualization,” the authors stated.

Within this model, microgrids can use batteries to provide interim power generation and smooth distributed energy power fluctuations. A distributed energy resource “can produce a message within milliseconds when back-up energy is needed, so a local controller can switch the battery from charge to power-source mode. This keeps the local energy consumers powered and gives the utility time to spin up central power resources before the local system needs it.”

The solution facilitates the growth of renewable energy as part of the electrical grid and “enables microgrids that are truly competitive in terms of cost of per megawatt generation by addressing synchronization requirements,” said Asawa and her co-researchers. “By responding to external data, such as weather forecasts and real-time pricing and demand, this solution also mitigates some of the issues caused by fluctuations in demand and supply curves — an added benefit from its core functionality.”.