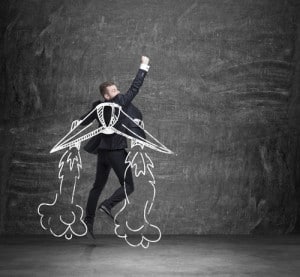 While many enterprise executives relish launching an IoT project soon, the best ROI will go to enterprises with the best installed infrastructure.

Are enterprises ready to make the most of the Internet of Things? While there is no lack of enthusiasm for the expansive benefits IoT promises to deliver, the people working behind the scenes to make it happen understand all too well there is a long road ahead.

IoT initiatives tend to be “high-pressure” projects – “organizations that fail will be a step behind at best; and at worst, could succeed in implementing a solution that undermines network security, overtaxes the company’s resources, or doesn’t deliver true ROI,” state the authors of a recent study on the state of IoT in corporate settings.

The study is based on a recent survey of 400 IT professionals from Spiceworks and Cradlepoint, which finds 32% of organizations already have an IoT implementation in place. Twenty-seven percent of executives indicated that IoT was a primary initiative in the coming year.

Enterprises with Infrastructure Take the Lead

The study hits upon a truth that often goes under-appreciated amidst all the hopeful chatter about the IoT revolution: it takes powerful, high-capacity infrastructure—processing, storage, and applications – to create value.

As organizations work toward achieving success with IoT, they seek greater infrastructure modernization and security to underpin their efforts. “Implementation of IoT technologies requires a network infrastructure engineered for the realities of the distributed and vast nature of IoT,” the Cradlepoint team points out. “An organization that hasn’t already prioritized modernizing its infrastructure and evaluating security solutions is even farther behind on IoT than it may realize.”

Lack of ROI and security risks “are the potential pitfalls that keep IT up at night—and they’re also the issues catalyzing IoT adoption,” the team adds.

IoT implementations vary by applications, of which there is an abundance of innovations. The survey finds the following applications being implemented at IoT sites: