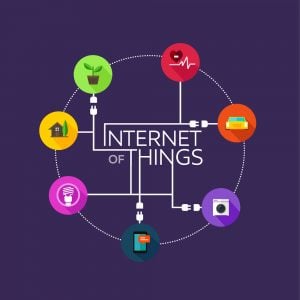 To reduce the risk of lag, researchers at the University of Pittsburgh have proposed a system that would give IoT devices a side channel to avoid slowdowns.

As more Internet of Things (IoT) devices enter into the workplace, networks may become congested and lead to lagging connections. This may cause critical failures if the data is not sent over quickly, which could lead to delays and accidents.

To reduce that risk, researchers at the University of Pittsburgh have proposed a system that would give IoT devices a side channel to avoid heavy traffic slowdowns.

In a paper titled “EasyPass: Combating IoT Delay with Multiple Access Wireless Side Channels”, the team shows IoT devices deferred from a business’s main network to an exclusive channel. This channel is only utilized at times when traffic is high, reducing networking costs.

“The network’s automatic response to channel quality, or the signal-to-noise ratio, is almost always a step or two behind,” said Wei Gao, associate professor in the Department of Electrical and Computer Engineering at the University of Michigan.

“When there is heavy traffic on a channel, the network changes to accommodate it. Similarly, when there is lighter traffic, the network meets it, but these adaptations don’t happen instantaneously. We used that lag—the space between the channel condition change and the network adjustment—to build a side channel solely for IoT devices where there is no competition and no delay.”

In lab tests, EasyPass has managed a 90 percent reduction in delay over a network with 100 IoT devices. The researchers are looking forward to implementing the system in real-world tests soon.

While factories and industrial operations may be fine with a few seconds of data delay, smart buildings and hospitals may require a super-fast, uncongested network for IoT deployment. EasyPass may be one route these operators could look into.