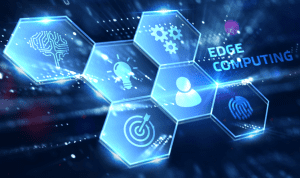 Edge computing and 5G-based application development have become the leading use cases for containers and Kubernetes.

If you need a technology to advance and gain widespread acceptance, look no further than one particular group –software developers. It’s developers who can make or break a technology initiative with their interest, recommendations, and apps or applications that help technologies reach the widest markets. And thanks to a new generation of cloud-friendly development technologies, developers are making a major push for 5G and edge-based systems. A recent global survey predicts that edge and 5G have become the top priority for today’s enterprise developers.

Containers – which encapsulate applications into portable environments that can be rapidly swapped between clouds and on-premises infrastructures – have made it easy for developers to build and deploy edge and 5G applications. In addition, the open-source orchestration engine that binds them into a functioning solution – Kubernetes – is now making containers viable for enterprise workloads. Edge and 5G-based computing have become the leading use cases for containers, a recent analysis of data from 7,000 backend developers, reported in the most recent State of Cloud-Native Development Report developed for the Cloud Native Computing Foundation (CNCF) by SlashData.

See also: Kubernetes: What It Does and Doesn’t Do

Among edge developers in the study, Kubernetes usage increased in the last 12 months by 11 percentage points to 63%. In contrast, only four percent of backend developers, in general, increased their adoption o Kubernetes. A total of 76% of the developers surveyed employ containers in general to support their edge initiatives, and 64% are leveraging containers to support 5G initiatives. A majority, 54%, are employing Kubernetes to further support their 5G initiatives. The use of containers to build edge applications surpasses other use cases such as artificial intelligence, the survey shows.

The adoption of Kubernetes increases in larger organizations and, in the space of edge computing development, almost matches the adoption of containers, the survey’s authors also state. They provide the following advice when considering Kubernetes for enterprise edge and 5G projects:

The study’s authors urge increased awareness of and exploration of use cases for Kubernetes to support edge and 5G computing – especially among small to medium businesses. “Although the adoption of Kubernetes among edge developers in small and medium-sized organizations has been continuously growing and currently stands at 60%, the data shows that 17% of edge developers in small companies are still not sure what Kubernetes does — a figure that has doubled within a year.”

Still, Kubernetes and container adoption will likely flourish as IoT efforts increase. “IoT, arguably the key driver of many edge solutions, has been on a steep trajectory,” the study’s authors point out. “The IoT sector is expected to grow by approximately 19% per year, as forecast in our IoT population report.”

Interestingly, edge and 5G developers are less inclined to embrace cloud computing, the study also shows. While the average backend developers who use Kubernetes seem less concerned with the choice of the infrastructure that hosts their code, an edge developer shows a clear preference for private clouds (64%), public clouds (63%), and on-premises servers (59%) over multi-clouds (44%) and hybrid clouds (42%). This suggests that “developers working on edge applications relying on Kubernetes gravitate towards a more secure and less complex infrastructure,” the survey’s authors point out. “Vast volumes of sensitive data are handled over much larger distances, and achieving reliable and secure connectivity between providers comes with major challenges while varying functionality and user experience of each cloud platform pose roadblocks on their own.”

Another mechanism also being employed for edge computing projects is serverless computing, the CNCF/SlashData survey finds. A total of 48% of all edge developers are using serverless compared to just 33% of all backend developers. “The lightweight nature of a serverless architecture is particularly appealing to edge developers since they don’t have to manage the underlying infrastructure,” the study’s authors point out.