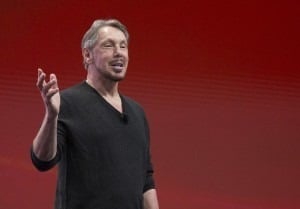 Oracle has a lot of catching up to do in the cloud.

If Barnes & Noble said it was going to undercut Amazon on book sales, would you believe them?

The same may go for Oracle and cloud services. Oracle CEO Larry Ellison said Sept. 20 that his company’s new database-as-a-service is faster and cheaper than Amazon Web Services, but analysts say Oracle has a lot of catching up to do in the cloud marketplace.

Ellison also said that the Oracle Cloud is optimized for running Oracle Database while Amazon Web Services (AWS) is not. Also, an Oracle Exadata Express Cloud Service, at $175 per  month, is cheaper than AWS, he said.

In the same announcement, Oracle unveiled 19 new cloud services, including for the IoT, analytics, big data, and identity.

“Oracle’s new technologies will drive the cloud databases and infrastructure of the future,” said Ellison. “Amazon is decades behind in every database area that matters, and their systems are more closed than mainframe computers.”

Amazon’s infrastructure-as-a-service market posted $2.89 billion in revenues in its most recent quarterly earnings, up 58 percent from the same quarter a year ago, according to Zacks Equity Research. Oracle, meanwhile, posted IaaS revenues of $171 million, up a modest 10 percent from the year-ago quarter.

Zacks cited a Gartner report that Amazon’s simple-storage service (S3) continues to dominate the cloud storage market despite increasing investments and offerings from Microsoft and Google (Alphabet). In the cloud-services infrastructure market, AWS is almost three times the size of its nearest competitor Microsoft.

“Compared to many of its traditional peers, Oracle is a late entrant in the cloud computing market, while Amazon is a pioneer of the market,” Zacks stated. “ Despite aggressive investment we believe Oracle will find it significantly difficult to topple Amazon from its numero uno position at least in the near term.”

“Oracle talked up its ‘next-gen’ infrastructure as a cheaper rival to AWS, but we don’t believe it will be competitive anytime soon,” Deutsche Bank wrote in a note to clients.

And, as far back as February, Morningstar noted that “Oracle has its work cut out for itself as it plays catch-up in the cloud.”

Morningstar did note that Oracle has a 40 percent share in the relational database market, and substantial switching costs may discourage customers from replacing a database vendor. The research firm noted that Oracle’s MySQL solution has gained prominence in the cloud, and it has rewritten source code for its flagship software-as-a-service applications, which reinforces customer switching costs. The SaaS strategy, including new software, at least should stop any bleeding and prevent existing customers from departing Oracle for SaaS rivals.

Overall, the company’s “database can remain a functional business, though it shouldn’t be relied upon to carry the business forward,” Morningstar said.

Oracle, meanwhile, said it has market leverage because of its strength in software-as-a-service and platform-as-a-service. “This year we are on track to sell more than $2 billion of SaaS and PaaS … Oracle has sold more SaaS and PaaS than any cloud services provider,” the company said. 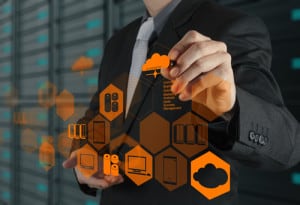 However, for IoT services, the company will have to compete with leaders in the field such as C3 IoT (which has pre-built applications running on AWS) as well as IBM, Microsoft Azure IoT, and GE Predix.

Oracle’s big data cloud services also now include support for Apache Hadoop, Spark, Kafka, and NoSQL technology, but Oracle is also behind in the game here. They will  have to compete with companies such as Hortonworks, Cloudera, MapR, IBM and Pivotal that have years of experience with Hadoop integrations as well as companies such as MemSQL that are using the Hadoop-Spark-Kafka trifecta.

For analytics, Oracle now offers the Essbase cloud service, which allows transformations of spreadsheets into “collaborative models,” the company said, as well as a “data visualization” cloud that includes self-service data discovery, preparation, and packaged analytic applications for sales, marketing, human resources, and finance. While Gartner positions Oracle in the leader quadrant for business intelligence and analytics (which includes data visualization and discovery), Oracle faces stiff competition from companies with better-rated BI products and AWS integrations. Those companies include Tableau, which has been pushing cloud adoption and is also available on AWS, as well as Qlik.

In a separate announcement on Sep. 18, Oracle said it acquired cloud security software provider Palerra. Oracle  made the deal as part of its strategy to provide a comprehensive suite of identity and security solutions for its cloud services customers.

“Along with the dramatic expansion of cloud technologies in the enterprise, security for the cloud has become a top business priority,” wrote Rohit Gupta, CEO and cofounder of Palerra in a blog post, “Modern enterprises expect to get better visibility, achieve rapid value, and deliver peace of mind to their end-users who access their cloud applications, while making it a seamless and secure user experience.”

The deal will combine Oracle Identity Cloud Service with Palerra’s Loric solution and the companies hope it will help accelerate cloud adoption. They plan to deliver full-service security for users, data, applications, API and complete infrastructures.

Loric is the latest in a string of cloud computing acquisitions for Oracle. It is actively working to focus on offerings for utilities and the construction industry, and also to strengthen its horizontal use cases. In July Oracle acquired NetSuite, a provider of cloud-based applications for the financial, retail, ecommerce and enterprise resource planning sectors, and earlier this month announced it would acquire LogFire, a provider of cloud-based warehouse management solutions to improve supply chain management offerings. –Sue Walsh

How bad is IoT security? Very.