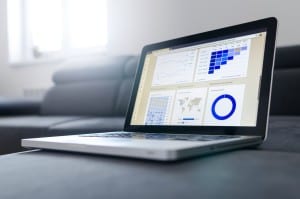 Compared to old forms of data analysis, real-time and streaming analytics is newer and could make a significant impact throughout 2018 and beyond.

In the early days of real-time data collection, businesses figured they were engaging in it by doing nightly batches of data processing. It’s easy to see that in those instances, the practices that were occurring were not genuinely in “real-time.”

Also, in the 1990s, companies began intensively looking at data to spot patterns in it. They used that acquired knowledge to make informed decisions, but those were not reached as speedily as they are today.

Technology and improved techniques have evolved more recently so that now, businesses do not only process data, but they also analyze it and use the findings to make decisions. Typically, they do so by relying on insights collected in real-time, which we define as being within the past 15 minutes.

Compared to historical data analysis, real-time analysis is newer and predicted to make a significant impact throughout 2018 and beyond. What are the potential developments in store for this year?

There are a huge number of things that local officials must monitor to keep their cities running smoothly. Transportation routes and garbage collection schedules are two of them, and they are some of the many factors that contribute to residents’ overall satisfaction — or lack thereof — with their communities.

Municipal employees in Chicago utilize real-time analytical technology through what’s known as the WindyGrid. They can pinpoint issues and remedy them before the problems become more severe, effectively reacting to events before they happen instead of responding to them after the fact. There are also plans to create a platform that predicts crimes before they happen.

Every day, the WindyGrid collects millions of pieces of information from the 15 most crucial departments in Chicago. If it continually performs as expected, consider a greater number of municipal officials to at least explore real-time analytics in 2018. An all-encompassing system such as the WindyGrid can reduce costs and let city representatives avoid costly and dangerous problems.

Executives often realize how valuable it is to evaluate internal data. Doing so could help them determine the future popularity of products, solve common complaints that customers raise, find security vulnerabilities and more — all by maintaining an adaptive mindset rather than doing damage control.

How might organizations obtain their data? Many of them could get a strong start at the federally run website data.gov. It provides over 131,000 datasets for anyone to peruse.

There are also instances of using real-time data analytics to track thunderstorms, lightning and other climactic events in India that could affect agricultural businesses. A company called Skymet maintains 6,000 weather stations in India and has the country’s only real-time lightning-detection technology.

Because these preliminary efforts have been successful, expect more companies to follow the lead of the early adopters and look externally when working with real-time analytics. Weather is a factor that some businesses may overlook, but it could play a substantial role in daily operational successes.

People who have kept an eye on developments in the real-time analytics sector believe a growing number of businesses will realize the value of real-time analytics to cut down on customer churn and ensure website visitors are sufficiently satisfied during their online interactions.

Previously, marketing experts and web designers pored over reports that detailed the combined factors that ultimately made people leave websites before performing desirable actions such as ordering something or signing up for a mailing list. Those analyses helped, but they were often at least a week old. When customers are frustrated enough, they won’t come back for repeat visits, which means data that outdated is no longer useful.

Instead of trying to convince unhappy customers to come back and give companies another try, real-time analytics allows for interacting with people while they’re still on a website, potentially remedying the problems that would otherwise cause them to navigate to somewhere else on the internet.

NGDATA is a provider of a next-generation customer platform called Lily that relies on real-time analytics. A component of it known as Customer DNA examines thousands of metrics and provides up-to-date perspectives on individual customers.

According to a press release published at the end of 2017, organizations using Customer DNA reported a 16% reduction in customer churn rates and five times more sales conversions compared with not using the product. The Customer DNA system also enables users to gain data by posing questions and getting timely answers.

Whether companies use Customer DNA in 2018 or go with another option, the desire to reduce churn rates has been constant in recent years. Since real-time analytics can help lessen the phenomenon, using them for this purpose should become more commonplace this year.

The evolution of real-time data analysis does not seem likely to slow down anytime soon. The predictions above merely represent a sampling of the most prominent trends likely to become apparent this year.