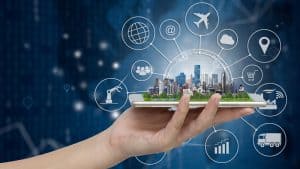 One of the main fears for cities investing in smart technologies is the large initial investment – in computing and technical expertise – will not translate to any meaningful revenue generation or improvement in conditions.

SEE ALSO: How Edge Computing Can Lead to the First Real Smart City

While statistics like customer satisfaction and improved productivity may be difficult to process, pollution levels and electric prices are easily verified. Knowing that smart city initiatives are partly responsible for this is major news, and should spur on other cities looking to reduce carbon emissions and energy prices for citizens.

The deployment of public Wi-Fi, Internet of Things (IoT) devices, cloud computing and mobile technologies (apps) is pervasive, with 90 percent of cities in the study deploying them. Biometrics is another hot technology, with 83 percent deployment. What is a bit fishy about the study is the high level of AI (82 percent) and blockchain (66 percent) deployment, this may indicate that Stantec is lumping together completed, in-development and concept projects together.

While the return on investment for smart city initiatives could be tantalizing, the cyber-security risks can run into the millions. According to Stantec, the total cost of cyber attacks averaged $3.4 million; 10 percent of cities surveyed lost $10 to $20 million.

As cities transition more public services and systems to the internet, the cost for cyber-security is only set to increase. This may be more worrying for those cities that haven’t invested heavily in security, to begin with, which may have to spend millions to cover the damage inflicted by cyber-attacks.