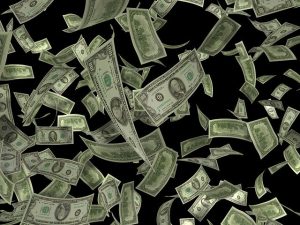 Infrastructure spending specifically to train machine learning models has grown more than 50 percent year-to-year over the past two years.

Given the increasing importance of CI and its growing adoption, it is no surprise that infrastructure spending to train machine learning models, including deep learning and other models for AI, is booming.

Most of this spending comes from organizations in the hyperscale market, which includes facilities that support thousands of physical servers and millions of virtual machines. Such facilities are often distributed and leverage cloud resources to dynamically scale to meet changing ML models training workload compute requirements. In many cases, non-hyperscale businesses are investing in machine learning training, predominantly using cloud resources.

The Intersect360 study’s findings are in line with other market research that indicates massive spending in the field. For example, IDC predicts spending on cognitive and AI systems will reach $77.6B in 2022, more than three times the $24.0B forecast for 2018. The cognitive and AI systems market will realize a 37.3% compound annual growth rate (CAGR) from 2017 to 2022, according to their research.

The overall embracement of AI bodes well for CI adoption. As businesses get familiar with AI and ML for a particular application and realize their benefits, they will look to other application areas such as CI.

A Gartner 2019 CIO Survey of more than 3,000 executives in 89 countries found that AI implementation grew a whopping 270 percent in the past four years, and 37 percent in the past year alone. Gartner credits the growth to the maturation of AI capabilities and the rapidity with which it’s become an integral part of digital strategies.

Putting AI’s growing use into perspective, consider the findings of other market studies, including:

The bottom line: AL and ML adoption are on the rise. As such, businesses are increasing their spending on infrastructure to support efforts that include CI and other advanced use cases of AI and ML.