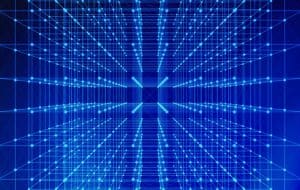 The new tool uses a machine learning neural net and is said to be up to 50 percent more accurate than hand-crafted models.

MIT researchers have built an artificial intelligence tool capable of testing and predicting how fast code will run on computer chips and applications.

Currently, a small group of experts are able to build performance models that accurately predict how code will react in a certain environment. The expertise limitations mean many of these performance models deviate from real-world results, forcing developers to further optimize code after launch.

This new tool (named Ithemal), which made its debut at International Conference on Machine Learning last year, and is said to be up to 50 percent more accurate than ‘hand-crafted’ models. It uses a machine learning neural net to evaluate hundreds of thousands of profiled blocks on an open-source database.

Using its benchmark suite, the researchers were able to predict how Intel chips would run code more accurately than Intel. Ithemal has an error rate of around 10 percent, while Intel’s is around 20 percent, according to the researchers.

“Modern computer processors are opaque, horrendously complicated, and difficult to understand. It is also incredibly challenging to write computer code that executes as fast as possible for these processors,” said MIT professor and Ithemal co-developer Michael Carbin. “This tool is a big step forward toward fully modeling the performance of these chips for improved efficiency.”

Some computing tasks, especially validation and performance simulation, are so cumbersome to develop and perform accurately that AI guidance may become a necessity. For programs and applications that hold sensitive information, it is imperative that the model accurately predicts performance, which MIT has shown is better performed by AI.