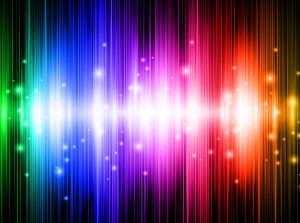 Continuous intelligence used in decision support or decision automation has the potential to deliver significant benefits to organizations that need to react in the moment to dynamic situations.

Continuous intelligence is essential in today’s real-time, fast-changing business world. Businesses no longer have the luxury of storing data and examining it for patterns at some later time. They need to keep pace with changes as they occur and get prescriptive insights into what’s happening as it takes place.

At the heart of any business’s use of CI is the real-time analysis of events and streaming data from a plethora of devices and services. CI must correlate findings to help get at the source of a potential problem, such as the degradation of a service or a cyber attack in the making.

How to use continuous intelligence

Insights from continuous intelligence can be used in many ways. Two very general uses that apply to all application areas are to augment the work of a human or to automate an action. These uses are essentially decisions support and decision automation.

CI used for decision support helps people respond to events or triggers as they happen. The derived intelligence augments the work a human would do on his or her own. For example, a SecOps team might CI to help sort through numerous alerts and alarms. It could weed out non-threatening issues and prioritize the most threatening ones. The team could then use that information to take actions, such as shutting down an account, stopping a transaction, or preventing a breach.

CI used for decision automation removes the person from the equation, allowing a system to act independently. An example would be the use of CI in application performance monitoring. If CI detects a critical application’s performance is degrading, it could detect the problem. For instance, it might find that a transmission line over which the app runs is also being used to conduct a daily backup. Once the issue is identified, a system might be set up to take automatic action. In this case, either throttling back the backup data exchange or routing the critical app’s traffic over a higher-performance circuit.

CI-based systems, used in either decision support or decision automation, have the potential to deliver significant benefits to organizations that need to react in the moment to dynamic situations. Most businesses will move from traditional reacting after the fact approaches to using CI for real-time decision support, and some will move up the automation spectrum to systems that take actions on their own in real time.