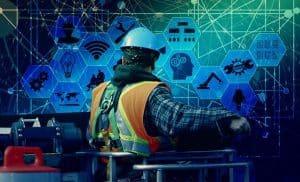 Edge computing is able to analyze and filter raw data sets and send only valuable information back to the cloud or a data center.

The introduction of Internet of Things (IoT) devices into almost every industrial sector is already underway, with 5.8 billion endpoints expected to be in use.

In the next 10 years, IoT devices are projected to dwarf mobile and PC units, which means we need a new type of networking solution to handle that much data.

Edge computing is believed to be that evolution, which would move computation and storage far closer to the endpoint. So, an electricity smart meter or CCTV system is able to run without having a continual connection to the internet.

“By processing incoming data at the edge, less information needs to be sent to the cloud and back. This also significantly reduces processing latency,” said Michael Clegg, VP of IoT at Supermicro. “A good analogy would be a popular pizza restaurant that opens smaller branches in more neighborhoods since a pie baked at the main location would get cold on its way to a distant customer.”

According to Gartner, 50 percent of big enterprises will deploy at least six edge computing use cases by 2023, compared to just one percent in 2019. That massive rise in exploration, followed by implementation, will lead to a surge in the amount of data collected.

Thankfully, edge computing also helps in that regard, as it is able to analyze and filter raw data sets and send only valuable information back to a data center.

That should keep network costs lower than what they would have been while maintaining data quality or scope. Through the use of AI, this value is compounded, as ML models can be deployed to enhance the filter’s quality.

Utilities, physical security, and automotive are expected to be three of the fastest growing segments in 2020 for commercial IoT deployment, according to Gartner.

Without the use of edge computing, there is a security risk of IoT data being intercepted, especially if all of the raw data is moved directly to the data center.

This may also make many use cases financially unfeasible, as a business would have to pay the major cloud providers significant amounts to house raw data from millions of IoT devices.