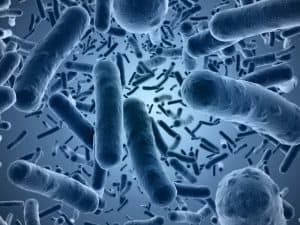 Bacteria may serve as the most efficient endpoint machines as they communicate effectively and have built-in engines and sensors.

The Internet of Things consists of all sorts of electronic devices and sensors, but doesn’t necessarily have to be limited to electronics. Some scientists are pitching the idea that organic matter — bacteria, to be specific — may have potential as IoT nodes.

Two bio-IoT proponents, Raphael Kim and Stefan Poslad at Queen Mary University of London, recently put forth this idea, explored in MIT Technology Review. In a paper published on the subject, they call it the “Internet of Bio-Nano Things (IoBNT), which involves networking and communication through nanoscale and biological entities.”

The idea of employing bacteria as information processing nodes is not new. A few years back, researchers at George Washington University put forth this idea, suggesting that some strains of bacteria are very efficient at transmitting and processing information.

Kim and Poslad suggest that bacteria may serve as the most efficient endpoint machines — they have functions similar to electronic devices, and “communicate effectively and have built-in engines and sensors, as well as powerful information storage and processing architecture.” They identify E-coli, that nasty strain that wreaks havoc with peoples’ intestines, as a “workhorse” — mobile, with a “built-in engine in the form of waving, thread-like appendages called flagella, which generate thrust. They have receptors in their cell walls that sense aspects of their environment—temperature, light, chemicals, etc. They store information in DNA and process it using ribosomes. And they are tiny, allowing them to exist in environments that human-made technologies have trouble accessing. E. coli are relatively easy to manipulate and engineer as well.”

It’s great to hear that researchers are thinking so far outside the box on ways to build resilient networks that can cheaply and efficiently move data throughout the world. But it may be some time before we can tame and position bacteria to serve as the foundations for our interconnected economy. The authors of the MIT report suggests that such a bio-internet “offers a way of creating and releasing a message but little in the way of controlling where it ends up.” Plus, there are potential curves that evolution could throw into the concept, especially if the workhorse bacteria mutates into something not intended for IoT.

Still, ideas such as this point to the fact that foundations such as the Internet of Things are not strictly technology solutions.