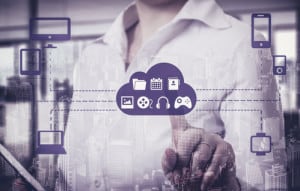 C3 IoT hopes to build on its success with the energy industry.

In the perfect vision of the Internet of Things, every device and software application seamlessly feeds information to the internet and an algorithm instantly crunches that data to yield profitable business insights.

Look closer to the ground and the picture gets very muddy — IoT projects can be complex and costly. Typical problems include lack of interoperability among IoT devices; data integration issues with enterprise applications; extensive coding to ingest and analyze data; the inability to handle data volume or velocity; and unclear business returns.

Not surprisingly, there’s a cry for IoT platforms to deal with such issues. Go to any kind of IoT conference and you’ll see displays for “IoT platforms” that offer the ability to manage your thermostat, lights, or refrigerator with a smartphone app.

“They are all IoT platforms,” said Tom Siebel, a software pioneer and CEO of C3 IoT. “But what we refer to as a platform is a little bit different.”

The C3 platform is fully integrated with AWS, which allows the app development and analytics tools in C3 to leverage the IoT device-management capabilities in AWS. According to C3, the system has been demonstrated to handle over 1.5 million writes per second, and steady-state processing of over 815,000 business transactions per second. What’s more, a pay-as-you-go model allows customers to pay for only the computing they use. 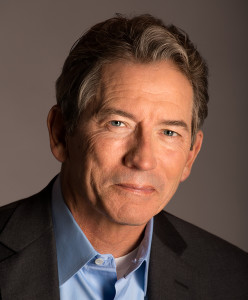 The effort appears to be paying off. In the past year, ENGIE, a global energy company based in Europe, selected C3 as the technology foundation for its enterprise-wide IoT platform, and the U.S. Department of State awarded C3 a multi-year, $25 million contract to deploy energy management and predictive analytics technology.

In early September, C3 raised $70 million in venture funding, led by TPG. Siebel said that C3 is now looking to apply its success with energy industry deployments to other verticals.

One platform, many use cases

Siebel pioneered customer-relationship management software through his company Siebel Systems, which captured a 70 percent market share before being sold to Oracle. In 2009 he founded C3 Energy, which focused on pre-built applications in the energy industry.

One example customer of C3 is Enel, a large utility in Europe with 42 million smart meters in Italy and Spain. Enel used the C3 IoT platform for predictive maintenance. The utility analyzed forecast load, weather, and the state of utility equipment to determine where and when to upgrade its medium-voltage distribution network, which includes more than 16,000 substations. (Enel won an award for using the C3 platform for predictive maintenance as part of an effort to digitize 80 percent of its electric and gas distribution system, which encompasses 1.2 million miles).

C3 says that 2,500 analytics are in use across revenue protection and predictive maintenance applications, with 10 distinct analytics for tracking non-technical loss and/or asset risk. 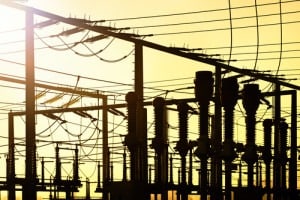 How does C3 solve the time-to-value problem? For one large power company, “we aggregated 7 trillion rows of data from 13 unique source systems into a one petabyte unified cloud data image, and delivered a production application that was done from start to finish in less than eight months,” Siebel said. The 7 trillion rows represented five years of historical data.

In another case, a major European energy company used the platform to analyze more than 80 equipment sensor readings, as well as maintenance logs from OSISoft PI and SAP, at a 10-second frequency. Machine learning algorithms reportedly predicted sealing fluid loss and vibration-induced failures, and the project is on track to reduce maintenance costs by $100,000 Euros per incident.

Another use case is fraud detection. “We can tell them who is stealing energy, how much are they stealing, and how are they doing it,” Siebel said. In one case, C3 reports that a large U.S. utility increased its ability to detect energy theft from 30 percent to 90 percent by aggregating and analyzing data from disparate sources, including systems for billing and outage management as well as weather data.

Looking to the future

C3 has trials underway with vehicle fleet analytics as well as predictive maintenance for oil and gas equipment and buildings. Other industries being targeted include manufacturing, aerospace and defense, transportation, healthcare, retail, commercial services, and smart cities.

It’s generally not a large leap from the energy industry into other verticals, Siebel said. For example, managing the health of sensors, which the C3 IoT platform provides, can be applied across any industry using sensor data.

Identifying energy theft, meanwhile, isn’t fundamentally different than identifying banking or insurance fraud, Siebel said. In all cases, it’s a matter of teaching the system to recognize anomalies in data. 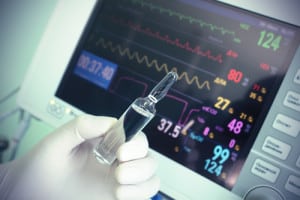 And in some respects, healthcare can also be thought of as a predictive maintenance problem.

‘When we see that there is a pattern that correlates with someone who is two weeks away from a heart attack, perhaps the person will get a message on their smart phone saying it’s time to check into the hospital,” he said.

Health insurance companies also “have a great wealth of information about medical history and lifestyle” of their customers, Siebel said. “It’s a classic machine learning problem and a predictive problem—to analyze this data and identify which segment of the insured population will be battling diabetes seven years from now.”

Making it in a tough market

Siebel said his business approach with C3 is no different than what he’s done before at Siebel Systems with CRM—to establish and maintain a leadership position in the market. The company’s competitors include Microsoft Azure, GE Predix, Siemens, IBM, SAP and Uptake.io, but C3 is starting from a position of strength: It currently has a 40 percent share in the global smart meter market, which is miles beyond its competitors GE and Siemens, notes Harbor Research in a July 2016 research report.

“Because utilities were early adopters of smart connected devices, C3 IoT has a platform that claims more connected devices than any other I have heard,”–approximately 70 million total, notes Matthew Littlefield, president and principal analyst of LNS Research.

“I’ve been around this business a while and I have seen the transition from mainstream computing to personal computing” as well as moves to “database technology, mobile computing, the Internet,” Siebel said. All of those shifts completely transformed the market, which is what he also sees happening with IoT.  The McKinsey Global Institute, for example, estimates the potential economic impact of new IoT applications and products to be as much as US$3.9–$11.1 trillion by 2025.

“It looks like an entire replacement of the existing software stack that’s out there,” he said. “It’s very fast-moving, and challenging.” But with IoT, he predicts, “the economic and social benefits will be more significant than previous ways of computing.”

Why the IoT needs a management platform