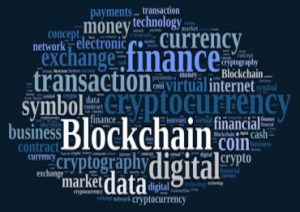 Forcefield is a digital platform for managing and tracing commodities throughout the entire supply chain lifecycle.

A group of global commodity firms and banks have announced plans to launch a new blockchain-powered trading and finance platform operated as a market utility.

“The platform can communicate with physical trade inventories through IoT sensors and near-field communication chips,” ABN Amro said in a statement. “As a result, the inventories, which are often collateral for loans, can be monitored very effectively, which will lead to more secure physical handling processes and a reduction of costs.”

Forcefield has been developed over the past 12 months; the new legal entity says it plans to make the service available to shareholders by Q4 of this year and to the general public in early 2020. The initial focus will be on refined metals, eventually expanding to cover a wide array of dry bulk commodities in both trading and financing.

“Forcefield is intended to mitigate systemic industry risks of the kind suffered in Qingdao through innovation,” said Tom Longmuir, counsel in Allen & Overy’s global banking and finance team, referencing the huge metals financing fraud in the eastern Chinese city in 2014. “It will do this by implementing a blockchain-based title and traceability concept in relation to physical supply, moving trading and financing away from paper-based to electronic systems.”

IoT is also being assessed by banks in other sectors as a way to improve lending, according to Global Trade Review. IoT-enabled smart distributor financing is being piloted by Standard Chartered, for example. Sensors let stakeholders precisely track exactly cars move between warehouses or are sold, enabling the bank to precisely fix repayment terms.