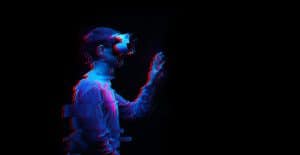 As the gaming industry moves to cloud and incorporates more technologies in 2022, complexity will grow making it harder for those responsible for maintaining availability and resolving problems.

Gaming looks to be the testing ground for many of the web3 and metaverse concepts, like frictionless payment solutions and virtual worlds. In 2022, more games will be made with blockchain or crypto elements to them, and several hardware manufacturers launching AR and VR headsets to a mass audience.

Here are some of the biggest trends of 2022:

Will cloud gaming see any success?

Cloud gaming’s second wind, with Google’s Stadia, Nvidia’s GeForce Now, Microsoft’s xCloud and PlayStation Now, was definitely a step forward in terms of capabilities, but none of the platforms have seen great amounts of usage.

Part of the problem is that Apple is blocking all forms of cloud gaming on its platform, as it allows users to bypass the App Store to buy games. Without access to iOS, cloud gaming may remain a niche way of playing video games.

Apple is expected to launch its augmented reality headset at the tail-end of 2022, but reports suggest it will not aim to be an always-on device, but one that is accessed at certain times for work meetings and video gaming.

Meta, on the other hand, intends to continue to establish the “metaverse” with cheap hardware and investments in software and services. However, chances of us getting any closer to a frictionless virtual world in 2022 are quite slim.

The success of the Xbox Game Pass, which reached 25 million subscribers this month (adding seven million new subs in 2021), is changing the industry. I wrote about it in 2020, noting that to achieve success subscription services would need to: debut games on the service and add another new content to avoid staleness. Microsoft has done both.

One of the reasons the Microsoft-Activision deal is such a shocker, outside of the price ($68bn), is that Microsoft is making itself a target for regulators, who have been more lenient to Microsoft than the other FAANG companies.

Several have complained that Microsoft can essentially acquire the entire market of independent video game studios with its horde of cash built up through Azure and Windows profits. And with this, Microsoft can make some of the most hotly anticipated games Xbox and PC exclusive, harming competition in the industry.

The issue, for Sony, is that for the past decade it has done the same thing, acquiring studios and keeping most of its successful IP exclusive to PlayStation. However, due to Microsoft’s generating about 10 times as much operating income a year, it has far more to splash on studios in the future.

Axie Infinity generated $1.2 billion revenue in 2021, making it one of the highest grossing mobile apps surpassing Pokemon Go and Candy Crush Saga. It is a game based on the Ethereum blockchain, which lets users play-to-earn Axie coins, which they can then sell on a crypto marketplace.

Expect more of these games to come out in 2022, primarily designed to be like FarmVille or other play-to-earn mobile experiences over the years, but with the potential benefit of actual earnings through an altcoin rising in price.