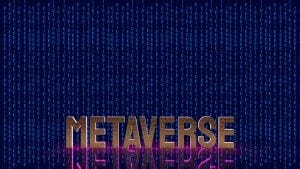 The metaverse concept was recently amplified by Facebook’s Mark Zuckerberg. Microsoft, Intel, and other technology companies are also jumping on board.

If you have been following some of the technology trade press or pundits lately, you have probably been hearing the term “metaverse” being bandied about quite a bit. What, exactly, is the metaverse, and how much of it will really come to pass?

To some extent, major bits and pieces of the metaverse are already here. Defined as a fully, immersive virtual world in which our avatars can travel about, participating in games, buying things, managing virtual currencies, and interacting with others, we can exist in an entirely different dimension. Already, we can buy and sell stuff, hold meetings, and even play sports in virtual settings. Gamers and cryptcurrency traders certainly exist within emerging pillars of the metaverse. Eventually, proponents say, we will don virtual reality/augmented reality headsets or glasses and seamlessly cross from one activity or location to another.

However, along with the widespread adoption of VR/AR devices, this is going to require a great deal of interaction and interoperability between platforms and applications. “It’s a huge undertaking that would require standardization and cooperation among tech giants, who are not prone to collaborating with competitors — though it hasn’t stopped many from saying the metaverse is just around the corner,” writes Dalvin Brown in The Washington Post.

The metaverse concept was recently amplified into the mainstream technology space by Facebook’s Mark Zuckerberg, who reportedly “mentioned tech’s latest buzzword 16 times on his company’s most recent earnings call [in July], reports The Wall Street Journal. Microsoft, Intel, and other technology companies are also jumping on board. There’s even talk of an “enterprise metaverse,” which could possibly build off the rise of “digital twins.”

What’s it like, using current technology, to enter a metaverse-like world? Peter Rubin, author of Future Presence: How Virtual Reality Is Changing Human Connection, Intimacy, and the Limits of Ordinary Life, recently described a VR/AR-based meeting, based on Facebook’s Horizon spaces, as being in “a room full of people, and it felt very much like a room full of people.” As he elaborated in a Wired interview, “you’re looking down, you’re at the VR version of a desk, it pairs with your laptop, so you see the screen of your actual computer superimposed on your virtual environment. It sees your hands, and when they get in range of the trackable keyboard, that’s when the AR overlay comes into place. And so what you end up seeing is kind of a ghostly, gray version of your real hands. That’s the kind of home office setup of Horizon’s Workrooms. And then you go into a meeting room, and that’s when the collaboration and the real fun begins.”

But the fun requires buying into headset gear, The Washington Post’s Brown observes. “For a robust virtual universe, everyone needs to want and be able to afford VR headsets. The tech would need to be stylish and minimal enough to interest more people and sophisticated enough to work seamlessly. That hasn’t happened yet.”

Interoperability between competing vendors and platforms may also be a challenge. “To be a full universe, no single company could own the metaverse, similarly to how no one owns the Internet,” says Brown. “But companies may try to monopolize their respective corners of the metaverse, just as a handful of large tech companies dominate online content today. With so many devices offered by different companies, it’s unclear how a single avatar could move between them. One theory is that the metaverse would pick up cues from web browsers. Just like you can toggle between websites on your smartphone, your avatar might jump between platforms built to be cross-compatible and inclusive.”

This is a challenge that metaverse proponents have been vocalizing. “There’ve been a lot of people in the AR and VR world who have been beating the drum to make this an open framework,” says Rubin. “To be a full universe, no single company could own the metaverse, similarly to how no one owns the Internet. But companies may try to monopolize their respective corners of the metaverse, just as a handful of large tech companies dominate online content today.”

It’s also important to remember the experience of Second Life, which blazed the trail to the metaverse almost two decades ago. It appears second life is entering its second life.