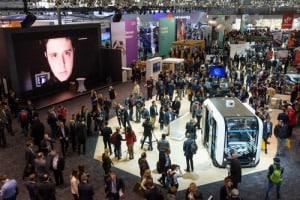 With its Watson AI technologies, IBM plans to bet on both sides of the “buy versus build” debate.

No matter how advanced IT becomes some debates are perennial. Artificial intelligence (AI) may be all the rage these days, but the fundamental question organizations are wrestling with now is whether they should build their own AI platform or buy AI as functionality embedded in an application.

At their Think 2019 conference this past week, IBM made it clear that as far as Watson AI technologies are concerned it plans to bet on both sides of that “buy versus build” debate. The firm signaled its intention to deliver IBM Business Automation Intelligence with Watson, an instance of a business process management (BPM) platform infused with AI capabilities. Expected to be formally launched this year, this offering is intended to make it possible for organizations to leverage AI capabilities infused in a more turnkey platform.

IBM CEO Ginny Rometty told conference attendees that IBM is engaged now in over 20,000 AI projects as organizations continue to invest in AI as part of an effort to leverage all the data they collect to gain some form of a unique capability.

“Data is the basis of competitive advantage,” says Rometty.

IBM Business Automation Intelligence with Watson is designed to present organizations with a series of workflows for automating common processes in a way that takes advantage of the deep and machine learning algorithms that IBM developed under the Watson brand.

IBM at the same time is encouraging customers to build custom applications that take advantage of Watson services. IBM this week extended that effort by launching a Watson Anywhere initiative that leverage Kubernetes to make it possible to deploy Watson software on any cloud or on-premises IT environment. Instead of requiring all data to be moved into the IBM Cloud platform, it will now be possible to bring the stack of Watson AI software to data wherever it resides.

Despite the plethora of AI tools being made available, most organizations are struggling in terms of being able to derive a return on investment from AI. A recent report from the Massachusetts Institute of Technology (MIT) found that 85 percent of AI projects fail, mainly due to being unable to access enough relevant data to drive an AI model.

While that may give some organizations cause for pause, AI will inevitably be infused into every business process. As such, Ted Chung, vice chairman and CEO of Hyundai Card, Capital and Commercial, told conference attendees that ignoring the rise of AI is not an option.

In fact, Greg Kallinsky, CIO for GEICO, told conference attendees organizations need to fully appreciate how dependent their businesses are on data.

“An insurance company is a data company,” says Kallinsky.

Implementing AI, however, will require organizations to accept a significant amount of disruption. Kaiser Permanente CEO Bernard Tyson told attendees organizations also need to accept the fact AI will inevitably transform the role every individual plays with any organizations.

AT&T CEO John Donovan told attendees those changes are already starting to occur. The carrier is employing Watson technologies to change how it deploys 70,000 technicians based on not just their availability, but also weather and traffic conditions, says Donovan.

“You can execute in real time,” says Donovan. “This is the most exciting time in my 35-year career.”

Not every company, however, has the IT resources required to invest in building their own applications. Arguably, most organizations are going to consume AI technologies first as part of a packaged application. Once they gain confidence in AI, organizations might then continue on to build an AI application assuming they can afford the cloud services based on graphical processor unit (GPUs) needed to build them. But given the growing shortage of IT professionals with AI skills, chances are more than good that most organizations are a very long way from successfully building their own AI applications any time soon.

That means for all practical purposes AI will mainly manifest itself in various narrowly focused pockets of applications that augment rather than replace humans for the foreseeable future. IBM, of course, is hoping the independent software vendors (ISVs) that provide those applications will rely on various manifestations of Watson tools and services to build those applications.