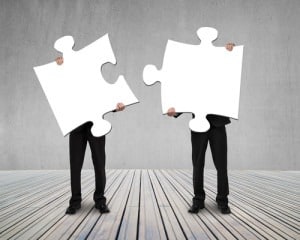 Data management across cloud platforms could be the driver of this huge merger but will it answer the market’s questions?

The $34 billion IBM plans to spend to acquire Red Hat as part of an evolving hybrid cloud computing strategy brings the need for a more unified approach to managing data residing in multiple cloud platforms into sharp relief.

While the acquisition of Red Hat is not scheduled to close until the second half of 2019, IBM is already trying to define a new cloud era. On a conference call with industry analysts this week, IBM CEO Ginny Rometty made it clear IBM sees a new era of cloud computing starting to dawn.

“Chapter two of the cloud is hybrid,” says Rometty.

IBM is betting that organizations will employ not only multiple public clouds to process different classes of workloads, they will continue to employ on-premises IT environments as well. Data from International Data Corp. (IDC) suggest that IBM might even be responding to a trend that is already occurring. IDC finds that 64 percent of organizations today employ multiple clouds. Only 28 percent rely on one single cloud. Levels of sophistication in terms of how multiple clouds are managed vary widely, however. Only 24 percent of the organizations surveyed by IDC report they have a high degree of interoperability between public clouds, while 40 percent described interoperability as being low. Only seven percent say have a true hybrid cloud computing environment in place.

Most interestingly from an IBM perspective, 80 percent of the organizations surveyed said they have repatriated an application from a public cloud to an on-premises IT environment, largely because of security and performance concerns.

IBM has already made it clear it sees the emergence of Kubernetes clusters running Docker containers as an opportunity to deploy what amounts to a cloud operating system that provides a higher level of abstraction through which cloud services can become commoditized.

By acquiring Red Hat, IBM gains control over Red Hat OpenShift, one of the most advanced instances of an application development and deployment platforms based on Kubernetes. Combined with IBM’s existing cloud platforms running on-premise or accessed as a cloud service and it becomes clear IBM is now positioned to become a dominant force behind the development of Kubernetes.

Of course, IBM and Red Hat are only one of many companies investing in Kubernetes. In fact, many investors are already questioning the wisdom of spending $34 billion to acquire a company that doesn’t own any intellectual property because everything Red Hat develops gets donated back to the open source community. Rometty made it clear the valuation IBM is placing on Red Hat is tied to the opportunity Red Hat presents to increase consumption of IBM services, applications, and hardware.

The degree to which IBM will be able to realize that dream is unknown. But in the meantime, savvy IT organizations are starting to take steps to avoid being locked into any specific cloud service provider. Accomplishing that goal will require not only embracing Kubernetes, but also some other layer of open source abstraction that ensures data is portable across both multiple public clouds and on-premises IT environments, says Karthik Ramasamy, co-founder of Streamlio, a provider of a suite of curated open source data management tools.

Organizations that invoke proprietary application programming interfaces (APIs) tied to, for example, a specific database will find their ability to share aggregates of data or shift data into a repository hosting an artificial intelligence (AI) application to be compromised, says Ramasamy.

So long as organizations remember to treat cloud services as commodity service, they will be able to retain a level of data management flexibility and control, adds Ramasamy.

It’s not clear by any measure what specific application workloads will be running where in the future. There may be more workloads running in the cloud. But not all those workloads may be truly mission-critical. In fact, while many of them may have been developed in the cloud, organizations may opt to deploy them on-premises whenever they best see fit.

The challenge and opportunity IBM is trying to tap into are enabling those workloads to anywhere using a framework it either help build and deploy or outright manage these workloads.