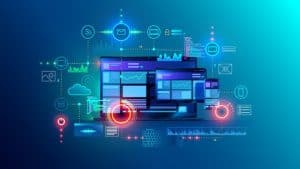 The year 2022 will bring growing acceptance of OpenTelemetry for observability and a new focus on developers and customer experiences.

It’s time for some 2022 IT predictions about AI, AIOPs and continuous intelligence technology. Such predictions represent and annual staple of tech and business media. Sometimes they have been on target, sometimes they’re hideously wrong, wrong, wrong.

Wrong? How about the industry prognostication of “The Year of ISDN” for 1989? Or, “Mobile IT Will Grow Slowly,” and “Cloud Will Suffer a Setback” for 2012?

What has been right? For 2012, there was “Social Business Will Take Off” and “Smartphones Will Dominate the Cell Phone Market”. Bingo!

With the new year in sight, two executives of Sumo Logic took their stab at what will matter for IT in the coming year. Their predictions largely with a focus on aspects of their market space.

An IT prediction: Insight through observability

According to Frank Reno, principal product management and open-source ambassador for Sumo Logic, companies will discover “insightful data through observability.”

He said, “Companies are all operating with and have access to the same data, all from the same systems. Companies that will demonstrate a leadership position in 2022 will use that data to better inform customers of what is happening in their infrastructure. How can companies better utilize the data and apply intelligence to help customers make decisions and sift through all the noise?”

Reno noted that end users expect deep insight into their data. So, so they expect vendors to offer the best experience they can to identify and resolve issues and give them observability of their systems. “With true observability, we can give customers back time to focus on what really matters, which is managing the digital experiences for their customers, and empowering them to meet their customers’ needs,” he added.

OpenTelemetry is the Holy Grail for observability

OpenTelemetry was released by the Cloud Native Computing Foundation. It includes tools, APIs, and SDKs that help to collect and and export telemetry data such as metrics, logs, and traces. This helps companies analyze their software’s performance and behavior.

He noted that companies have complex distributed microservices consisting of hundreds or thousands of components. Those are all working together to deliver on their customer experiences. “Suppose you can’t correlate between those components or between the different signals easily. In that case, you’re going to really slow down your ability to monitor, diagnose and troubleshoot issues that are happening in an effective manner.”

The most important thing about observability is the ability to correlate these complex systems and signals, which is what OpenTelemetry is designed to do.

IT prediction: The developer experience is king

Reno highlighted the importance of the development team. “Open source and OpenTelemetry are driving the observability industry together, but at the end of the day, it’s all about the developer experience.

“Companies building any kind of tooling for developers need to remember that the developer is the key asset to focus on. You need to make them successful, give them a delightful experience and remove all friction. This way they can move fast and focus on what they need. “

Look back at the roots of open-source software. Reno noted that developers represent one of the reasons that the enterprise use of open source is growing.

Reno said, “Developers want to be in a community where they can work with others, and they can collaborate in a larger group and be part of something a bit bigger. Especially during these times of COVID-19 where we’re not as close as we used to be. So, anything we can do to cultivate a better experience, whether for that individual developer or a group of developers, goes a long way. Every vendor and every customer should recognize the importance of the developer.” 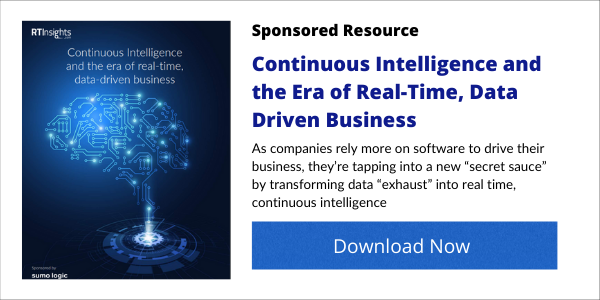 OpenTelemetry will become the Kubernetes of observability

Reno said that more support for OpenTelemetry – and observability by extension — will depend on customer demand. He noted, “Kubernetes became a standard in itself for running container orchestration and it has certainly won that war. Now OpenTelemetry will bring the exact same standards that we need for observability.”

“OpenTelemetry has become widely adopted by the software development community, but it’s still just at the beginning of its journey. The community made Kubernetes the success it is. We’ll see the same with OpenTelemetry as customers demand better integration and less lock-in. For vendors involved around applications and software — from more traditional approaches like application performance management through to software development pipelines and management tools, and through to cloud-native services — supporting OpenTelemetry will be table stakes in the future,” said Reno.

Build applications that are both reliable and secure — or risk failure

Another Sumo Logic executive, Vice President of Product Development Erez Barak, highlighted why “no company can afford to focus on either observability or security, you must do both”.

Barak said, “No one is going to use an application that’s reliable but not secure, or secure but not reliable. From a developer and enterprise perspective, we have to raise the bar on both observability and security at the same time.”

With that in mind, Barak called for the establishment of a common threshold. “Every app a customer uses thinks that security and reliability are built in. There’s an assumption that apps are going to work every time a customer needs it and stay secure,” he said.

He added what should seem like common sense, but as everyone in IT understands, human nature may sometimes defy that common sense.

“If you knew an app wasn’t secure, it’s very likely you’ll never use it again. If it does both (reliability and security), then the app will always be used. It’s that simple.” He added.

Explosion of data forces companies to examine SLOs and SLIs

As the current explosion of data continues, companies must offer scale. “One thing that’s really going to change in 2022 is that organizations are going to take a much deeper look at service level objectives (SLOs) and service level indicators (SLIs). These allow you to manage systems at scale, as well as manage customer experience and customer reliability,” said Barak.

Then he added, “Companies will no longer need to look at every CPU readout. Instead, they will have a good reliability management system in place and a good set of SLOs that will allow companies to create a framework that scales within the organization as they think about reliability and security.”

Barak expects to see a lot of Site Reliability Engineering (SRE) teams that are building applications utilize that SLO in order to keep up with the explosion of data.