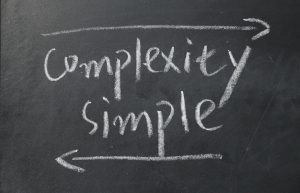 Organizations see AIOps as a way to deal with the increased complexity they face in managing operations and security.

After a boost in momentum last year, AIOps continues to gain the attention of organizations. It is being adopted rapidly to help IT staffs enhance their traditional security and network monitoring and management.

Last year, Gartner found that AIOps in the IT operations management market alone would grow at a compound annual growth rate of 15% per year through 2025 from more than $1 billion in 2020.

Some organizations see AIOps as a means to save money on IT staff, but it’s becoming clear that the key driving factor is complexity. There are several distinct use cases that will drive this growth.

One area where AIOps is getting to be more critically needed is in dealing with the demands of today’s remote and hybrid workforce.

AIOps can help IT teams handle increased and increasingly dissimilar data caused by the shift to remote and hybrid work models. AIOps uses intelligent algorithms that ingest large volumes of data with varying properties and from disparate sources and automate its analysis.

Additionally, an AIOps solution can look at the aggregated data to detect patterns and predict problems before they arise and cause disruption to employee productivity. And, if there is a service-impacting incident, AIOps helps IT teams quickly identify the root cause and determine a fix to reduce mean time to remediation (MTTR).

Another general area where AIOps is finding value is in automating security. Why? Factors like the move to cloud and the embracement of hybrid and composable applications introduce new problems. For example, last year, the discovery of vulnerabilities in Apache’s Log4j software library sent shockwaves across the business world. It was described by some as “the most serious security breach ever.” The reason: the open-source software was widely used and embedded in many common applications that are frequently reused in companies.

In this case and others, traditional security tools offered little help at rooting it out. In contrast, AIOps uses intelligent algorithms to model the normal behavior of systems. It then proactively detects a cyberattack by identifying deviations in real-time and determining if a problem (e.g., a performance issue) is due to a cyberattack rather than an IT issue. In the case of an attack, the system can kick off a series of automated defensive tactics like prioritizing alarms and alerts to assist the human operators, or it might be used to take actions on its own such as closing access to a system or blocking an IP address.