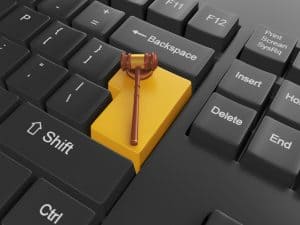 Providers realize the competitive advantage of offering 5G for edge applications and will be bidding on available spectrum to put a suitable infrastructure in place.

Many proposed innovative edge applications will depend on the availability of 5G services. A lack of coverage in a geographical region critical to a company’s operations kills any hope of realizing the true benefits. This week’s FCC announcement about its next spectrum auction for 5G (to be held in October) may help in that it will offer frequencies in portions covering millions of people, according to Bloomberg.

Why is this important? Service availability is dependent on provider investments to build the needed infrastructure. We’ve seen deployment delays and spotty availability with a slew of wired and wireless services in the past. Fiber to home was all the rage in the late 1980s, yet it is still not widely available today. Similarly, the lack of rural broadband services of any type became all the more noticeable last year as work-from-home became the norm during the pandemic. (As an aside, such lack of services gave Starlink, Elon Musk’s satellite-based Internet access service, a PR coo last year.)

Companies needing the bandwidth have been repeatedly disappointed with service after service. ISDN was selectively deployed and dependent on whether the point of presence or local exchange office that served your location was updated to support the service. DSL services initially had similar coverage issues.

See also: The 6G Journey Begins with a Bang (and a Launch)

Where edge fits in

The point with regard to edge is that we’ve been through this before, and the key factor is the willingness of the providers to spend the money needed to make a service widely available.

Provider actions on 5G seem to be heading in the right direction. The previous 5G spectrum auction brought in $80.9 million, nearly three times the expected amount. That figure was nearly twice the record-setting auction amount of $44.9 million raised in the previous auction.

The reason for the big-spending: Providers realize the competitive advantage of offering 5G and having a 5G infrastructure in place to offer other services (e.g., edge). So, expectations for the upcoming October auction are high.

There is one caveat. The global situation may be different altogether. A recently concluded spectrum auction in the U.K. fell short of expectations. Financial analysts noted a “need to show financial discipline” due to strained balance sheets as a contributing factor. Time will only tell. Other significant auctions are expected this year in India, Brazil, and Australia.