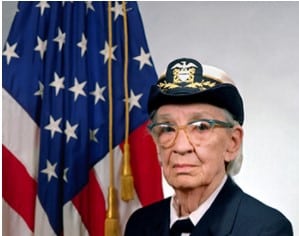 The Grace processor, named for computer technology pioneer Grace Hopper, will make working with some of the most processing intense and data massive applications easier and more efficient.

In addition to multiplying compute power, NVIDIA worked to reduce the power required to run Grace. It uses an energy-efficient ARM CPU with a low-power memory subsystem. The new processor allows adopters to push artificial intelligence and data processing boundaries by leveraging Arm’s data center architecture and offering choice to those in the AI and HPC community.

Grace is named for Grace Hopper, the mathematician and rear admiral in the U.S. Navy who was a pioneer in developing computer technology. The processor is NVIDIA’s response to the growing parameters of giant AI, models distinguished by billions of parameters and only growing larger. Grace features:

The Swiss National Supercomputing Center (CSCS) will be among the first to build Grace-powered supercomputers to further scientific research efforts in the Swiss community. The U.S. Department of Energy’s Los Alamos National Laboratory is also planning to develop some of the first supercomputers.

The new processor will make working with some of the most processing intense and data massive applications — think natural language processing, recommender systems, and AI supercomputing — easier and more efficient. Although this is still a niche of computing, it enables researchers and scientists to tackle some of the universe’s biggest questions. NVIDIA expects availability at the beginning of 2023.