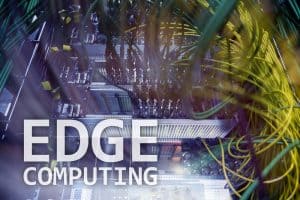 Data is rapidly migrating to the edge due to demand for real-time insights, and advanced, often AI-powered technology that makes these insights possible.

As we move into the new decade, business and customer expectations have never been higher. Edge computing is enabling the accelerated growth of real-time applications such as video processing, analytics, self-driving cars, and artificial intelligence – all supported by new networking technologies such as 5G. There is no denying the edge is upon us, even if there is still much confusion around what the edge is, and how companies can best embrace it.

See also: The Edge is Now the Center of the Action

The edge is very much a living entity. It is bustling with data analytics and insights, strategically primed, and ready to improve management and storage capabilities in real-time. Data is rapidly migrating to the edge as a result of a combined demand for real-time insights, and advanced, often AI-powered technology that makes these insights possible. The companies that do not embrace the edge will inevitably be left behind. According to a report by MarketsandMarkets, the global edge computing market will grow from $2.8 billion in 2019 to $9.0 billion by 2024, at a Compound Annual Growth Rate (CAGR) of 26.5% during that period.

Enterprises keen to take advantage of data’s previously inaccessible value cannot afford to ignore the new edge use cases on the horizon and must look to expand their thinking beyond centralization and the public cloud – toward location and distribution processing for low-latency and real-time processing.

How can your enterprise best utilize the edge in order to see success? Keep in mind the following three takeaways:

There are many edges, and purpose-built edges will pick up steam soon: When the edge is referred to in a singular fashion, it’s to reference the ecosystem in which data is processed near where it’s created. However, it’s also true that there are many edges. There are a growing number of outer network boundaries containing endpoints that run applications of interest to users. All these edge networks are highly dependent upon their use cases. For example, are they being deployed in a connected car, at a school, or another location? These factors will all play a huge role.

Purpose-built, application-dependent edges are set to become more mainstream in 2020. Over the next year, they will become cloudified with customization as a result of software updates. Developer applications that were once a part of the cloud will become a necessity on the edge. If someone develops an app that works on one edge, they will want to deploy it in another network.

The edge will be fueled by data: Though storage and processing will take place at the edge, the edge cannot be considered a mini-cloud, as it will be fueled entirely by data. This means the edge is comprised of its use cases that produce and process data close to end users – which can vary quite widely and consist of anything from utility regulations in smart cities to robots making telemarketer calls and virtual assistants handling tasks. The data these scenarios produce, which needs processing at the edge, is also diverse. That’s why the edge infrastructure is largely based on the application and must be near the end user to ensure success.

Unlike the cloud, the edge is identified by a location, and how near it is to data. Contrary to the centralized, homogenous, general-purpose data center hub, each edge focuses on solving a specific problem – in 2019, at least.

The edge won’t eat the cloud – the two will simply uplevel each other: When the edge was first discovered, there was chatter around the cloud succumbing to the edge, including a 2017 talk titled, “Return to the Edge and the End of Cloud Computing,” given by enterprise investor Peter Levine. Additionally, Gartner VP and analyst Thomas Bittman issued a similar warning in an article titled, “The edge will eat the cloud.”

In reality, the edge and cloud can not only exist in harmony but will be required to and will effectively bolster each other’s capabilities. Autonomous cars are a prime example of intuitive edge use cases. As it drives down the road, a self-driving car must process a plethora of events using its sensors – children playing in the road, a speeding car, roadworks. In this mission-critical environment, there can be no latency, and information must be processed in an instant. The data needs acting upon, and edge computing allows those insights to be aggregated – fast.

Levine is right to point out that the processing of this life-critical data—often via machine learning—will need to happen at the end points. But the title of his talk is a bit of a misnomer given that in the very same presentation, he admits “important information will still get stored in a centralized cloud” and depicts the cloud as becoming a learning center of sorts to enable machine learning en masse, which requires a great deal of data and aggregating insights at the edge. Gartner’s Bittman, too, conceded that “cloud will have its role.” So, the edge will not eat the cloud. Instead, it will prompt the cloud to extend its fabric to the edge.

Our understanding of the edge and its potential is evolving and will continue to do so in 2020. Reducing bandwidth costs for IoT devices over long distances was the initial use case of edge computing, but the potential it presents for real-time applications is huge. Businesses that want to grow should pay attention.

Jeff Fochtman is Seagate Technology's VP of Customer Solutions. He plays an instrumental role in driving forward global initiatives across all product segments. Jeff has a unique understanding of the needs of data storage and management end users, data centers, OEMs, and channel partners.