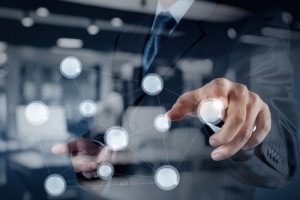 Fresh on the heels of the release of version 2.0.0 of Apache Kafka comes the announcement of Confluent Platform 5.0. The latest version of Confluent’s platform will ship with an LDAP authorizer plugin in that will make it compatible with Microsoft’s Active Directory standard. The update will also include a Confluent Kafka Replicator-based tool to automate cluster failover processes for improved disaster recovery.

The control center application has also received improvements as part of the Platform 5.0 release. It features a new broker configuration view that works across multiple clusters. There have also been new developer features added such as a new topic inspection tool that allows the viewing of streaming messages in topics and provides a read key, header and value data for each message. It supports topics in Avro, JSON, and string.

“We are excited to announce the release of Confluent Platform 5.0, the enterprise streaming platform built on Apache Kafka. At Confluent, our vision is to place a streaming platform at the heart of every modern enterprise, helping infrastructure owners get the most out of Kafka and empowering developers to build powerful applications with real-time, streaming data,” said the company about the IoT-focused upgrades. “With a comprehensive streaming platform, companies can better integrate all their disparate data sources into a single source of truth and respond in real time to every event affecting the business.”

The Confluent Control Center app within the platform has also been updated with a new GUI for composing and executing KSQL queries. This gives developers with no streaming data experience valuable assistance in writing streaming data applications. The KSQL REST API is also now available and works with Python, Java. Shell scripting, JavaScript and NET/C#.