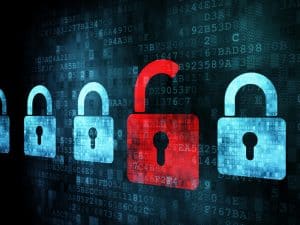 SIEM offers real-time analysis of security alerts and aggregates activity across an entire network, making it an obvious solution for government departments.

A high-profile phishing attack in California has highlighted the importance of increased security in government departments. A hacker was able to gain access to an authorized email account at the California State Comptroller’s office and could use information gained there for far-reaching fraudulent activity. In another attack in New York State, government officials reported a breach affecting more than 25 servers and encrypted networking appliances. As these attacks become more common, governments will need security measures comparable to enterprises. Specifically, they will need to embrace a security approach based on Security Information and Event Management (SIEM).

State agencies are under increasing pressure to digitize citizen services. Overall, this is a good thing. Digitization makes government more agile and allows citizens access to services in a streamlined and efficient process. However, it does leave government departments open to attack. The chance to gain access to sensitive citizen data is too attractive to bad actors.

As governments make this digital transformation, a security-first approach is critical. New methods for monitoring threats and automating responses will take priority as departments roll out new capabilities.

SIEM offers real-time analysis of security alerts. It aggregates activity across an entire network, making it an obvious solution for government departments.

Cloud SIEM offers enhanced visibility with automatic triage. These capabilities could allow governments to keep closer tabs on security threats without actually reducing access to data for those who need it. In the balance of data protection versus data usage, SIEM could offer a safer third path.

Cloud SIEM works for on-prem, cloud, and hybrid systems and handles distributed networks. The solution automates insights and responses, analyzes similar signals up to 30 days old, and learns from each incident.