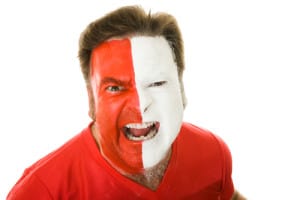 An estimated 70,000 hyper-engaged Superbowl fans, media, and dignitaries will be watching, snapping, and posting throughout the course of the game.

Last year’s Super Bowl broke all records for being the most connected and engaged sporting event ever. The NFL used Extreme Wi-Fi’s infrastructure and WiFi analytics offerings. The result was a whopping 11.8TB of data transferred, and of course, from that data came a wealth of analytics and insight, according to a report from VentureBeat.

See also: Why real-time data integration should matter to the NFL

“When the television audience sees too few people in the crowd, they subconsciously believe it’s not as interesting an event,” explains Norman Rice, chief marketing, development and product operations officer for Extreme Networks. “So the NFL’s original goal was to improve attendance by improving the fan experience. That meant enabling connectivity and engagement — whether that’s sharing social, consuming from outside, sharing just in general, or consuming content from within the venue.”

On February 4th, the New England Patriots and Philadelphia Eagles will meet in Super Bowl LII, where an estimated 70K fans, media, and dignitaries will be watching, snapping and posting using the stadium’s secure Wi-Fi. The amount of data generated will be a goldmine to digital marketing companies.

“With this engagement, you can work with each fan, each person, and make sure that it all connects your brand to that particular person, and to what you can give them to make them more loyal, make them stickier, or reward them for being a fan,” Rice explains.

The VentureBeat report used the example that the demographic at the Super Bowl usually skews toward older males, which may lead marketers to assume Facebook would be the most used social media app, but by using analytics, it was found that Snapchat was the most used, opening up new ad placement opportunities.

This year, digital marketers will be looking for the most fan engagement yet, and the wealth of insights that come with it.