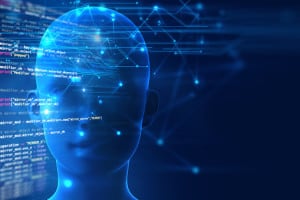 Cognitive computing needs will constantly tax current computing power levels. Will this barrier keep us from delivering on its promise in the coming years?

Cognitive computing is the beginning of everything 20th science fiction novels predicted: machines that can think and communicate like humans. Using the power of machine learning, contextual language processing, adaptive algorithms, and deep learning to detect patterns, machines are getting closer and closer to mimicking the human brain. However, more powerful computers constantly demand greater computing power. Is that something we’ll be able to deliver in the coming years?

Moore’s Law vs. the Laws of Physics

We’re now beginning to see the pace of computing power slow down—for a very simple reason. We’re starting to reach the limits of physics in computer chip manufacturing. Currently, billions of transistors fit on one tiny chip, but there’s only so small these chips can be made. Intel predicts that silicon chips can only continue to shrink for another few years. IBM has announced that they are working on 7-nanometer chips, which will likely take years to develop. This chip would be able to fit 20 billion transistors onto a chip as big as a fingernail, but now that manufacturers are working at the atomic level, it’s only a matter of time before new solutions need to be considered, rather than continuing to shrink down transistor size.

With the laws of physics currently winning the battle in chip manufacturing, what’s next? How can cognitive computing advance without ever more powerful chips running supercomputers? There are several routes manufacturers are considering as alternatives to silicone components that are getting as small as they can possibly be.

Since 2011, IBM has been working on developing new chips that work like the human brain. Instead of limiting processes to the speed of the slowest components, each component can act independently and only runs when there is a task to perform.

In traditional synchronized systems, greater power consumption is an ongoing concern and all circuits are synchronized, which, while reliable, slows the whole system down. TrueNorth, IBM’s neurosynaptic chip, is asynchronous and runs on a new structure of neurosynaptic cores. One day, IBM hopes to fuse neurosynaptic chips with traditional, logic-based systems for a holistic computer system (similar to the left brain and right brain concept).

Manufacturers are looking at new materials for increasing the computing power of microchips. Silicone, the traditional material for integrated circuits, can only get so small.

Now, IBM and other manufacturers are experimenting with the use of other materials to create more computing power. IBM is already using this approach with their 7nm chip development. Using a Silicon Germanium (SiGe) alloy, the larger germanium atoms put pressure on the smaller silicone and produce a boost in performance. Success using this blend of materials suggest that it’s possible to hold off the laws of physics for a while by exploring other materials for computer chip manufacturing.

2D computing uses a number of different chips in tandem with one another to complete complex processes. Each of these chips has a specific function and would be limited on their own. When used together, however, they can provide substantial computing power. Now, chip developers are beginning to think about how to stack and integrate these circuits for a new, 3D chip.

Decreasing the time needed for the circuits to send instructions to one another and reducing power consumption could substantially increase the potential computing power of silicone-based chips. However, this type of redesign is complicated and could take years to complete successfully.

The Future of Cognitive Computing

Some of these possible solutions to the problem of Moore’s law disappearing mean reinventing the wheel in order to advance computing power and cognitive computing capabilities. Starting from the ground up is daunting, but there are so many reasons we need to make cognitive computing a part of our everyday lives.

Because of the advances that have already been made in cognitive computing, we know the incredible potential of the technology in all kinds of industries, including finance and healthcare. In healthcare alone, cognitive computing has the potential to revolutionize everything from patient monitoring using robots to streamlining operations to assisting doctors in decision-making by providing them with an enormous library of information and the ability to synthesize it quickly.

Now that we’ve discovered the power of cognitive computing, there’s simply no going back. As we have done in the past, our society’s greatest minds will innovate, change, and reinvent the way we create computer power. The biggest question now is when.